Where Is the Decorum? : Coach Heal Thyself 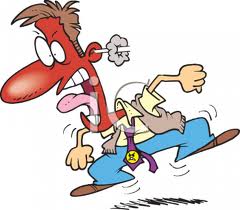 So I don't normally whine about things that I know I don't have control over. I also know that this subject has been discussed ad naseum by many many people, generally complaining about the younger generation. I however am not going to complain about young people, the people I am going to complain about are older and should definitely know better. The people I am talking about are so called youth sports "coaches." As I have related in the blog before I officiate sports from high school down to the elementary school level. Officiating is generally an enjoyable experience and the State High School Sports Associations keeps a pretty tight rein on unsportsmanlike behavior of coaches,players and fans.

Youth sports or those sports for younger individuals that are generally played outside the auspices of an official organization, however are a different story. Different leagues have wildly different standards  between them as to who can be a coach and how that coach should act. This is fine, I am all for free enterprise and letting the market decide on the best process. However, what generally happens is the process is no process and if your kid or kids participates in the sport you're a "coach." There is where the problem lies, none of these so called coaches have any idea how to be a coach. They think because they watch a sport on TV that they know everything about it and their coaching technique amounts to browbeating the kids and yelling at the officials. Few if any of these Vince Lombardi want-a-be's actually take the time to study the rules or any coaching techniques that involve positive reinforcement. Oh they may throw the occasional " Have fun" when they are talking to their minions but the say it halfheartedly in an attempt to be politically correct.

Youth sports in my opinion is the time to positively model the good aspects of competition and being a member of a team. This is the opportunity to give the children involved good character traits before they grow up and the sport becomes more about winning conference championships than building character. Unfortunately rather than acting as a team in concert with the officiating staff to promote good game play and good sportsmanship too often coaches at these lower levels try to prove they're the next Bill Bellicek or Dan Gable and they run up the score, continue passing when ahead by 35 points, or just plain humiliate an opponent. This is bush league at its finest.Coaches should be modeling the good sportsmanship that they expect from others.

Coaches at all levels should be required to pass a knowledge based rules test, and pay a fee to get the privilege to coach our young people. Where are your manners, shame on you Coaches, heal thyself
Posted by mikemac356 at 19:42