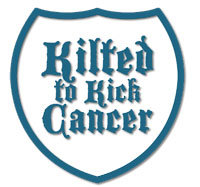 As a member of the US Army Special Forces or "Green Berets" I spent alot of years doing alot of things that most would call "high speed." To me it was business as usual, and this was generally the attitude of everyone in Special Forces. We prided ourselves on being "Quiet Professionals" and letting our actions and accomplishments speak for us. But our pride in not beating our own chests about our manly deeds actually has proved to be our undoing. In the fight for a section of the government defense budget he who speaks loudest gets the moolah. Sure we hear about Green Berets but who wins the public relations battle? That's right the NAVY SEALS!!!! Are they better than Special Forces? I doubt it, but that debate could go on for hours and is not my point . My point is the SEALS win the image battle hands down. One Bin Laden equals 500 "top Al Qaeda" operatives.

So what does that have to do with Cancer you ask? Prostate Cancer is the second leading cause of cancer death in American men, behind only lung cancer, however Breast Cancer awareness is the Navy Seal's of cancer fundraising. The PR campaign that has been unleashed on behalf of breast cancer awareness dwarfs anything done by any other organization. Who doesn't want to "SAVE THE TA TA's?" This is a worthy campaign however I ask you to consider prostate cancer. 1 in 6 men will be diagnosed with prostate cancer in their lifetime. My own Father is a prostate cancer survivor.

Paramedic Kelly Grayson has started a campaign on his blog to raise the awareness of prostate cancer. To this end he has challenged all of us to join him in a contest called "Kilted to Kick Cancer." The rules can be found on his blog http://ambulancedriverfiles.com/kiltedtokickcancer/ . In a nutshell Kelly is asking us to wear a kilt during the month of September, in an effort to raise awareness of prostate cancer. If you don't blog or just want to donate please consider making a donation to my link in the upper right corner of my blog. Take the money you would have spent on a kilt and donate to prostate cancer donations go straight to the Prostate Cancer Foundation. Make a donation, wear a kilt, be a "Quiet Professional."
Posted by mikemac356 at 20:02