How the "Gun Culture" Broadened my Horizons 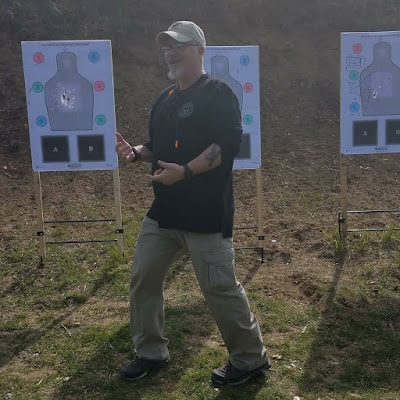 My very first job on my very first Special Forces A Team was as the junior "Weapons Guy". My military occupational specialty even spelled it out, 18B3VW8RU Special Operations Weapons Sergeant Ranger Qualified Freefall Parachutist Russian Language. I was the commander's advisor on tactics and weapons. I was an NRA member, I was a gun guy. But my horizon's were narrow. I knew everything about guns but I didn't know what I didn't know. I progressed up the ranks and my knowledge served me well.  In 2004 I retired from Special Forces as a Master Sergeant and Team Sergeant of a Military Freefall team that I had deployed to combat with. Successful but still narrow scope.

So there I was in civilianland with no context. My knowledge really didn't mean anything to these people. I knew how to set the headspace and timing on a M2 .50 cal machinegun or zero a 106mm recoilless rifle but there wasn't a lot of call for that. Even though I had been formally and informally teaching for decades I had no credibility, I had no sheepskin. So I decided to take some handgun and rifle courses.  Two things happened. I discovered a shooting program that made complete sense to me and really should be the basic foundation for any firearms training. That program was then known as Combat Focus Shooting and is now known as Intuitive Defensive Shooting. IDS is based on the counterambush methodology and is backed by evidence and empirical data. The other thing that happened is I was pretty sure I could teach this stuff.

So I attended the prerequisite courses as an end user and then worked my way through the Defensive Firearms Coach and Intuitive Defensive Shooting Instructor development courses. Along the way, I picked up the National Rifle Association and the United States Concealed Carry Association Instructor credentials. Cool right? No, not cool because I realized that firearms were not the end all be all after taking these courses. They apply to a very narrow set of circumstances in regards to personal defense.

So the journey continued I became a Stop the Bleed Instructor, Pre Hospital Trauma Life Support, and Tactical Emergency Casualty Care Instructor. Because I realized if you carry a gun for self-defense you better know how to take care of a wounded person. Could be you, could be a loved one.

Then it hit me, what if I didn't have a gun or what if the person was so close I couldn't use a gun?  I became an Active Shooter Response instructor through several organizations because you need a plan for those situations. I started taking edged weapons classes which got me into my original weapons based grappling class. I took Krav Maga for a few years and for the last 3 years I have taken Brazilain Jiu Jitsu. I also continued my exploration of weapons based grappling through the Shivworks collective.  Shivworks got me interested in Managing Unknown Contacts and the psychology behind criminal activity.

My study of martial arts had turned me on to the Stoic philosophy among others. I started to try and practice stoicism in my daily life. Stoicism and the knowledge I learned from MUC and Martial Arts has made me a humbler and more forgiving person. I read more. I think more, I study more.

I will continue to expand my horizons in an effort to live a life worth living. Gun culture did that for me. I am still a gun guy.