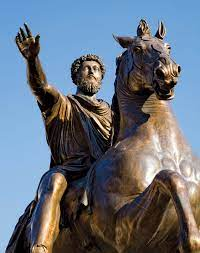 A few weeks ago I was in a very dark place. I don't often let life get to me and outwardly people would say I appear to have my shit together. But  internally I allowed myself to be overwhelmed by the totality of my perceived failures.

What are those failures? I felt like I wasn't progressing professionally, intellectually or athletically. I have attended some training classes in the last 6 months where I perceived I didn't met my own standards. I am doing a job I love but maybe there is no where to go from there? My workouts are no  less  intense, however the volume is waning, as recovery is not only essential but mandatory to maintain the status quo. I have essentially quit running, an activity I used to be obsessed with. Ultimately I felt that at 57 years old I have peaked and things will never progress farther. After a literal lifetime of setting and conquering goals I am struggling to keep from sliding back down the hill. This is very hard to accept.

I became acquainted with Stoic philosophy a few years ago and have read most of the famous texts. I try to apply the tenets to my life the best I can. As happens to all of us while seeking self improvement I tend to do this imperfectly. After moping about for a few days I realized my descent into depression was all due to EGO. I was feeling down because of what I perceived others thought of me and my failings. What I realized is that I cannot control others perceptions of me. Quite honestly the majority of people are too worried about their own life and problems to think about me at all. Those friends and family that reached out to me were kind and uplifting. My entire focus was wrong.

"We suffer more in imagination than reality-Seneca"

Making a conscious effort to control the EGO has been liberating the last few weeks. Trying very hard to no longer care what others think about me but to continue down the path as best I can has lightened my mood and increased my enjoyment of the day to day. A small example, I have always had body image issues. I have not been gifted with the most natural physique or most athletic skills. I have worked hard over the years to maintain fitness and develop skills. But genetics being what they are age and time have blessed me with what most would call a "Dad Bod". Recently I mowed my yard with my shirt off because it was hot. No big deal right? To me that was huge. I can count on my fingers the times in my life when I have been in public without a shirt on after the age of 10. I decided to not care what others thought. I quit worrying about what I couldn't control ( their thoughts) and worried about what I could control ( my comfort). Its a small step further down the path.

I will continue to fail going forward but as Ryan Holiday said in his book Ego is the Enemy, the work is enough.