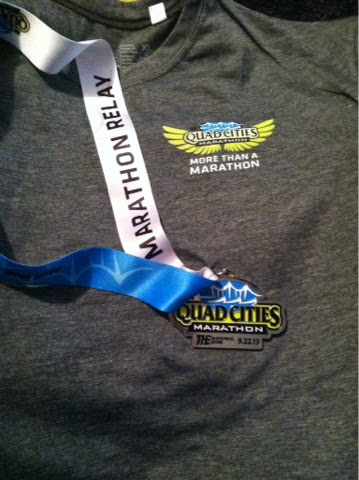 So 7 days after completing the North Face Endurance 50 mile race the entire group of us reconvened to run the Quad Cities Marathon relay as " Team Post Ultra." I was assigned the second in order and third longest leg in distance at 5.6 miles. I was hoping to run Sub 8 minute miles but wasn't sure the Achilles issues I have been having would allow it.
Jay and I had to get up pretty early to pick the rest of the crew up and make it the 100 miles to the start before 0630. But all went as planned and soon all 5 of us were comfortably squished into my jeep for the trip. We passed the time talking about strategy for the upcoming race,past races, race plans etc.. I also treated everyone to my heavy metal playlist. Every day is a good day for metal.
On arrival we met up with our 5th team member Brian who had our race packets. Jay and Ross K we're running with rival teams so they met there teammates as well. We got a quick team picture and I had to hop the shuttle bus to get to my transition point. 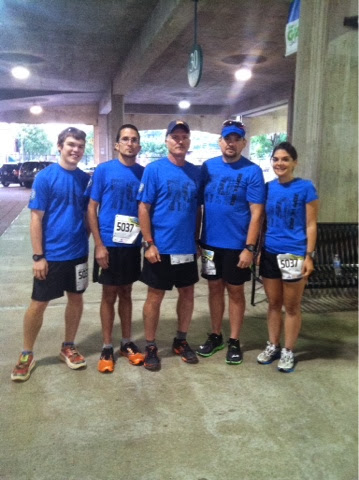 Our fastest runner Ross would be running the first leg and I was expecting him to run the first 6.8 miles in about 35-37 minutes. Once we got to the transition point I hung out and waited. Lots of other folks were doing the same. Eventually we saw the lead pack of marathoners and I knew Ross wasn't far behind. Sure enough soon I saw him and he was in first place for the relay at 36 minutes. He is fast!!! 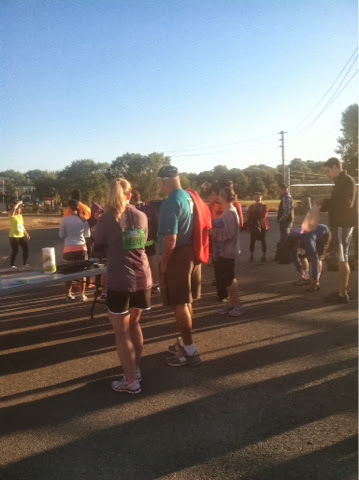 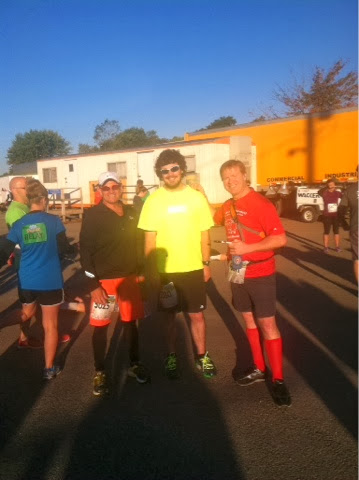 Ross streaked into the transition area, handed me the relay arm band and I was off. I was determined to hold up my end of the bargain. Even though my Achilles was barking I ran the first mile at a sub 7 minute pace. For me that was flying. I was passed by a few runners and then finally by another relay racer. I was hoping to hold them off but reality is I was about twice the age and half the height of a lot of these runners. However I kept my middle aged,short, ultra tired legs moving as fast as I could. The second mile passed under 7 minutes as well. The third mile I started feeling the effects of never doing any speed work, trails are my speed work and running with faster runners generally. My legs didn't want to hear any of my theories however, I also had to climb a big hill as I took the bridge to cross back over the Mississippi River. All this contributed to a 7:30 3rd mile. I tried to hammer it down the other side of the bridge but I almost slipped on the slick concrete as I had to turn left at the bottom. The 4th mile past in 7:20 as I started to catch my breath again. I knew I only had 1.6 miles to go and I definitely didn't want any more teams to pass me. I started pushing as hard as I could. I wasn't able to look at my watch but I think the last mile passed around 7 minutes as well. As I turned left I could see the transition point ahead. I took it in hard as I could and handed the wrist band to Kelly as she took off on her 6.5 mile leg. I finished my leg in 40:33 an average of 7:14 minutes per mile.
We where in 6th relay place overall when I transitioned and I hope that was enough to hold off the team we had a friendly wager with. The anchor of their team was really fast and we had to build as big a lead as possible so he wouldn't catch us at the end. I milled around talking to some friends on other relay teams and then I caught the bus back to the start.
I continued to wander around the finish area, grabbing some food, a coffee and some soda as we waited for our team to finish. Right about the time we had anticipated we saw our final team member coming into view. We all gathered up and joined him for the final 300 yard sprint to the finish. We finished in 3:08:31. That was good enough for 4th place in the Open CoEd division however more important is that we came in 1st place in the WeRun annual relay competition. Soundly defeating our closest rivals and last years champion by almost 8 minutes. As the winner we received the traveling trophy. 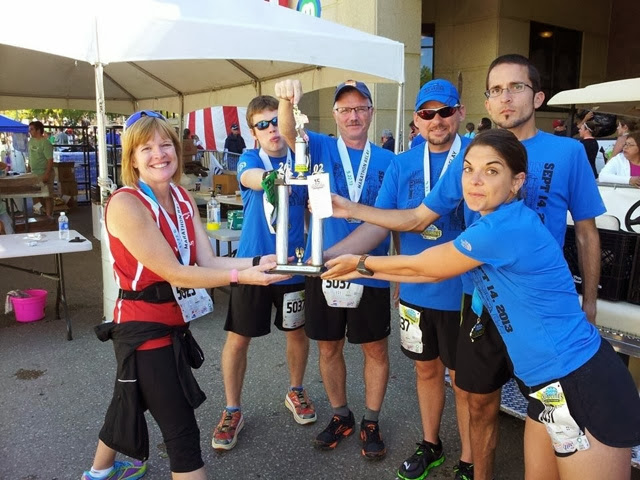 Jay also was participating in the relay and I watched him past on his leg. I jumped on the course and ran with him to his transition point and then back to the waiting are. He did outstanding running 5.5 miles total,his longest distance yet. All in all it was a great day 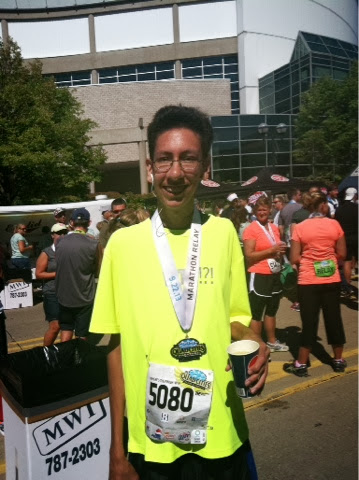 When Brian first said he would try a ultramarathon, myself and our other friend Ross agreed to run the entire race with him. That is what we did and together we finished in 12:04. Thats the short of it, here is the long.

We headed up to the Kettle Moraine state park east of Madison Wisconsin. This is an area I am familiar with as I have ran a few races on these trails. This race would basically be routed over the northern part of the Kettle Moraine 100 course I had ran earlier in the year.


I won't go into all the pre race festivities but suffice to say Brian was his nervous self. The morning of the race we woke up and arrived about an hour early for the 0500 race start. Right at 0500 we had a short speech by ultrarunner and North Face athlete Dean Karnezes and we were off. This race was much like the other ultras with the exception that I ran with at least 2 other people and sometimes as many as 5 the entire race. It felt like a Sunday group run. Rather than describe terrain etc... as I usually do I will regale you with some Brianisms.

Mile 0-10- "My back hurts" This was not good. Brian had been having some chronic back pain and it was flaring up. Ross and I were worried we may be running without him after the first aid station.
This continued to be a worry but eventually he seemed to be controlling the pain and pushing through it.

Mile 10-20 " I am getting meadow fucked" This section was through the same meadows section I had run during KM100. Although it was about 20 degrees cooler it was still hot and no shade. Also the ruts and grass continued to aggravate Brian's back issues.

Mile 20-30 " How can they make us run 7 miles with no Coke?" Brian really wanted a Coke to settle his stomach and when we got to the turnaround at mile 27 he wasn't happy none was available. Also not happy the aid stations were so far apart.

Mile 30-40 "This sand is like a plate of shit served in a dirty ashtray" There was a lot of deep sand on the course overall but especially in this section. Brian didn't like the sand. Also in this section our other friend Kelly passed us going the other way. She was looking really strong on her first 50 mile race. She would end up placing 4th female and 1st in her age group. Solid solid!!!

Mile 40-50 " Are you guys fucking with me?" Brian said this when we told him there were only 1.8 miles to go. He didn't really believe it. Couldn't process that he was almost done. It was also in this section when he thought running a 100K might be something he could do. More on that later.

I shared these quotes to show you the differing range of emotion you can have during an ultra. Also despite the constant pain in his back, the sand, the lack of coke etc.. Brian kept moving forward without much prodding and he regularly asked how the rest of us were feeling as if he needed to check on us as well. He is one of the mentally toughest guys I know and a good friend. I hope his first 50 mile was everything he hoped it would be. 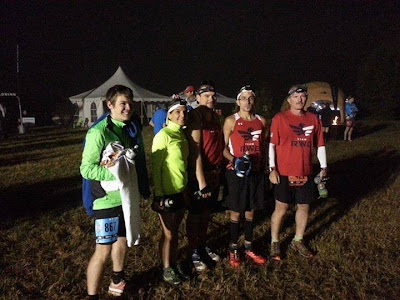 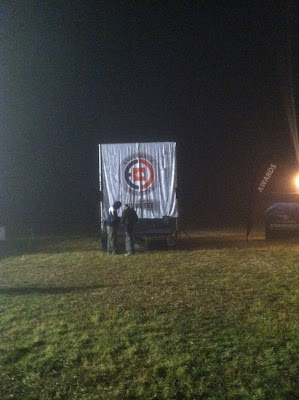 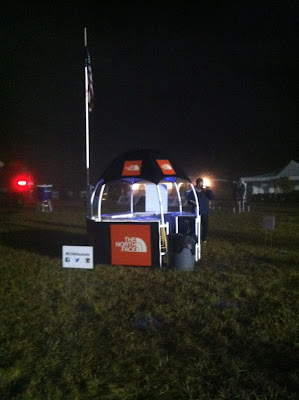 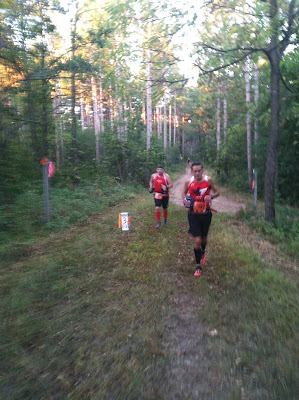 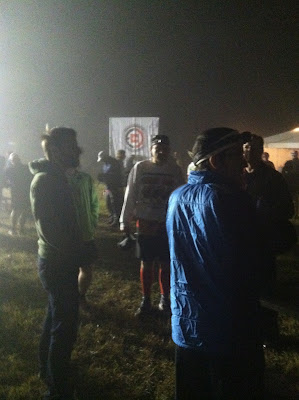 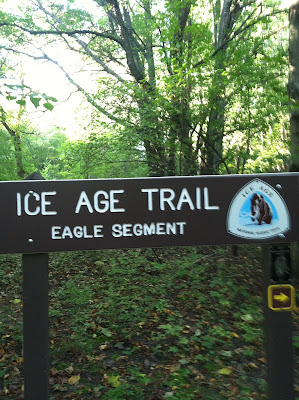 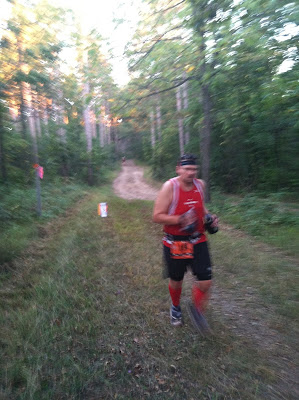 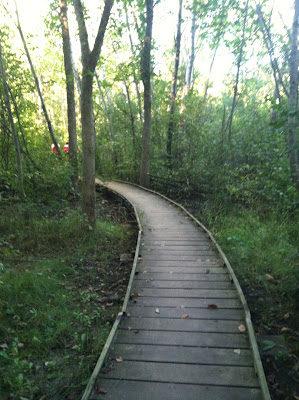 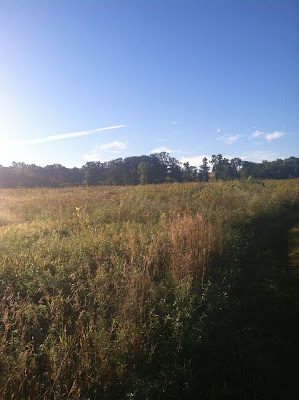 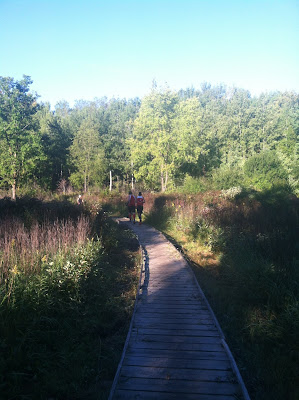 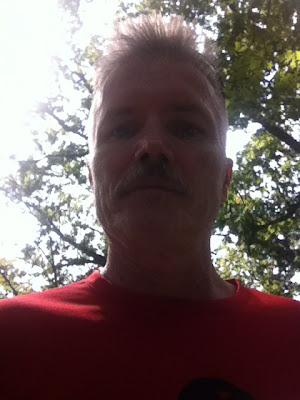 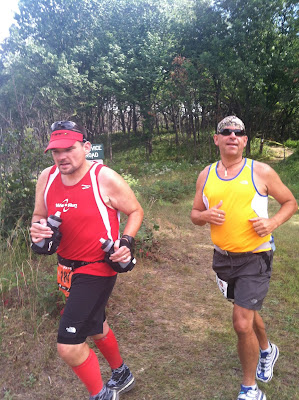 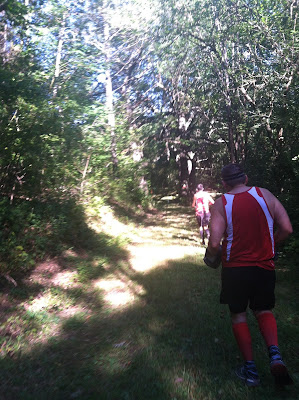 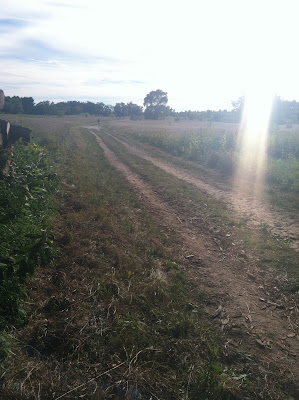 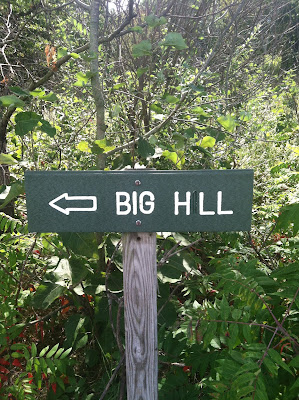 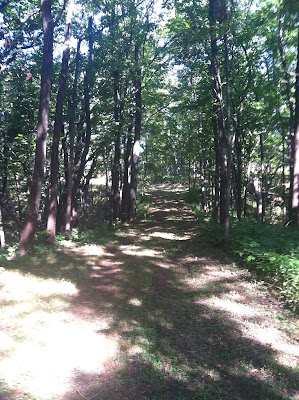 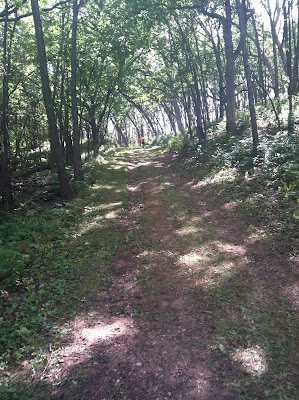 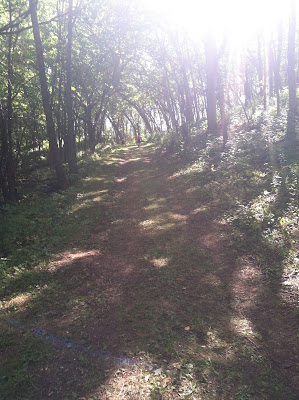 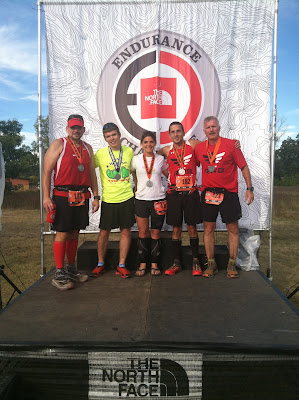 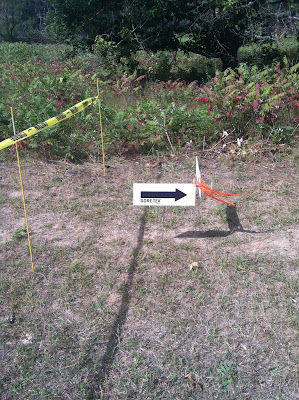