I had been wanting to do a timed ultra event for awhile. This race was local, in a cool venue and the RD was the ever diabolical Joshua Sun. Josh puts on great races with awesome atmosphere but they are never easy. This one was no different. Continuous .85 mile loop in which you were going up or going down. No real flat spots to speak of. But the park was beautiful and the day was hot!! Did I mention it was Africa hot? You can see in my split times as the heat and hills started grinding away at my endurance. Like being eaten to death by a thousand gold fish. I pulled the plug at about 4 hours and 16 loops due to some cramping issues. I did get in a half marathon and a good day on the trails. Next year I get in more!! 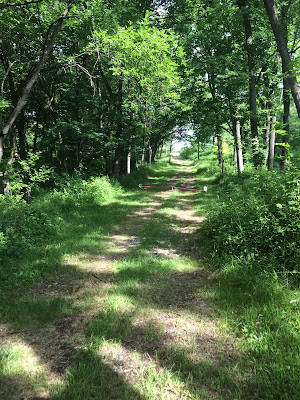 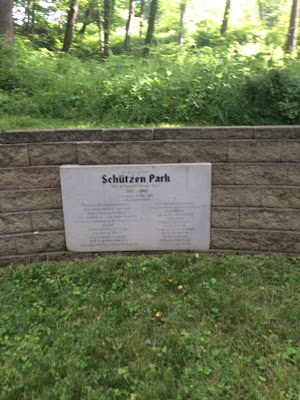 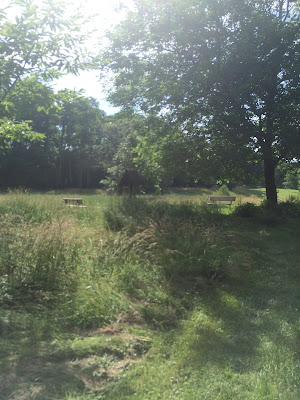 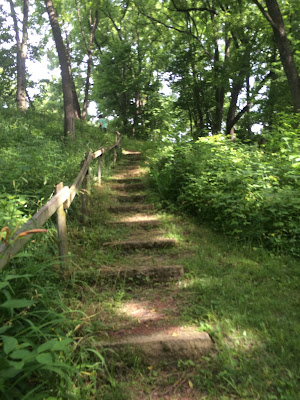 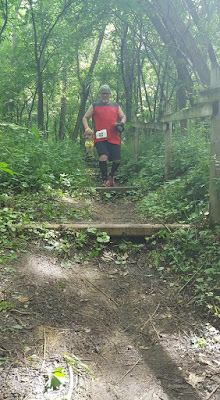 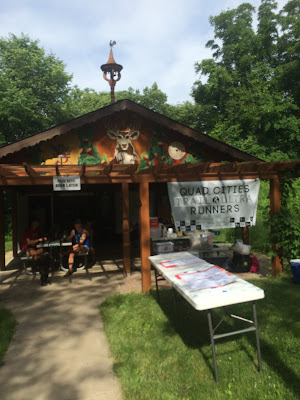 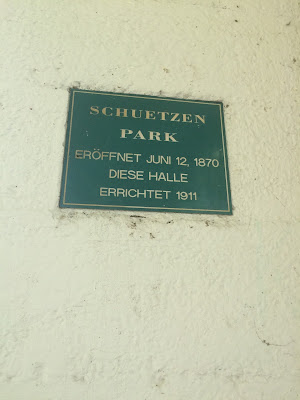 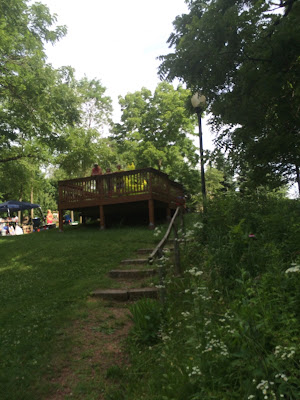 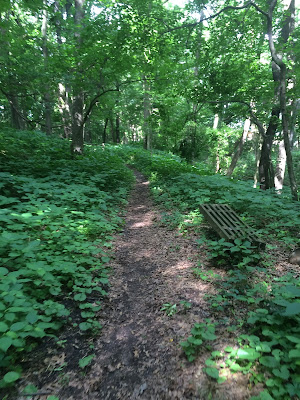 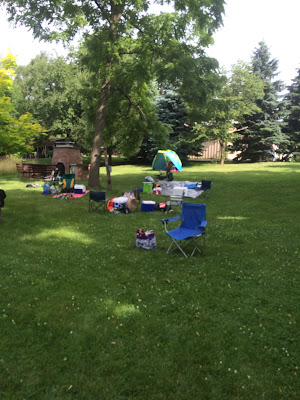 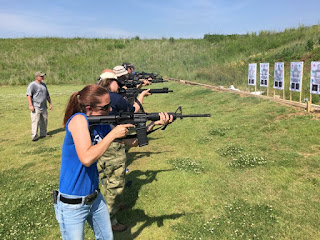 That questioned was posed by a friend of mine. I am paraphrasing, but she did not understand why folks that like to shoot or have weapons for self protection need to have something capable of shooting so rapidly or that holds so many bullets. I wrote on the subject of gun control almost four years ago in this post shortly after the Sandy Hook massacre http://mikemac356.blogspot.com/2012/12/is-it-just-me.html .

But do I NEED a weapon that has these capabilities?

First what we NEED to do is elevate the discourse beyond name calling. Almost immediately after she posted her question another individual insinuated the only reason you need a weapon of this type is to kill minorities or if you have a "micro-penis." While this totally ignores the fact that millions of females and minorities in this country in fact own these weapons, the statement itself is not helping. Statements like that just inflame and entrench the rhetoric on both sides. No one on either side wants to see the loss of innocent life. To intimate otherwise is ludicrous.

Secondly we NEED to educate. No good decisions can come from fear and ignorance. As it happens the day prior to the spree killing in Orlando I happened to have registered for an Active Shooter Response Instructor Development course. So I can further my expertise in this area and train others to survive should they be caught in a bad bad situation. Furthermore almost immediately after the incident I had myself added to a national map of self defense trainers willing to work with the LGBT community to help them prepare to survive a dynamic critical incident.

Thirdly and this is the crux of the question. It is my feeling that as human being no one should have the right to tell me what I NEED. I feel this way about all things. I won't tell you what religion to follow, or who to marry, or what car to drive. You can't tell me what tool I feel is the most appropriate for the self defense of myself and my family. You see, because that is the thing. I take responsibility for my own safety. I don't rely on others to protect me because that assumption often fails. Look at the aftermath of Hurricane Katrina and tell me society doesn't break down rather rapidly if enough pressure is applied. The AR-15 rifle is one of the most technologically advanced rifle platforms available in the civilian market. Banning them or restricting magazine capacity has no meaningful effect on the actions of those that intend to do harm to others. My sister who is very liberal wrote this the other day because she is also very thoughtful and intelligent.

"Exhibit 1:
http://www.motherjones.com/…/mental-health-gun-laws-washing…
Exhibit 2:
"Psychopathy (/saɪˈkɒpəθi/), also known as—though sometimes differentiated from—sociopathy (/soʊsiˈɒpəθi/), is traditionally defined as a personality disorder characterized by enduring antisocial behavior, diminished empathy and remorse, and disinhibited or bold behavior." ~Dictionary
Exhibit 3: "The historical reasons for regarding personality disorders as fundamentally different from mental illnesses are being undermined by both clinical and genetic evidence. Effective treatments for personality disorders would probably have a decisive influence on psychiatrists' attitudes." ~British Journal of Psychiatry
Conclusion---yes, mental illness is why people think they can kill others willy nilly...not access to guns/inadequate gun control. Let me ask you this: Do you own a gun? Would you go on a killing spree? Of course not, you aren't a psychopath. Will gun laws keep people with no remorse from killing? Will treatment keep them from killing?

So do I NEED an AR-15. The answer is yes, I feel I do. It is the most effective and efficient tool for the job I need to accomplish . Until that time it sits in my gun safe and occasionally makes a trip to the range. Should others try to impose their will on mine. Through threat of government violence via law enforcement they are no better than other authoritarian regimes. I do not think that is their intention, when all everyone wants is to make people safer.
Posted by mikemac356 at 10:53 No comments:

As part of the  Personal Defense Network Tour 2016 at its Iowa stop I taught an Introduction to Combat Focus Shooting Course and co taught a  Youth Firearms Familiarization and Safety Course  . I also participated in a course entitled Extreme Close Quarters Tactics. My goal this year is to increase my self defense skills in the space inside two arms reach. Extreme Close Quarters Tactics is described as follows on the tour website.


"An advanced 1-day course for experienced shooters and armed professionals. This course will focus on engagements inside of "double arm distance." This course features a significant amount of retention work, unorthodox shooting positions, introduction to some Combat Focus shooting concepts and a variety of less-lethal options. During this course students will utilize impact reduction equipment and training rounds to engage one another and role-players with firearms while grappling and during various gun-grab or ambush scenarios.
The core components of this course are a key part of the curriculum for military special operations personnel who train with I.C.E. in the Close Quarters Counter Ambush program.
This is an intense course meant for armed professionals and individuals with advanced weapons handling skills and reasonable levels of physical fitness. "

They course was taught by Alessandro Padovani, Omari Broussard and Ken Crawford. I have taken training from these folks before.I consider them mentors in this area. I had a great time training with like minded folks. I returned home sunburned, sore and realizing I need more. 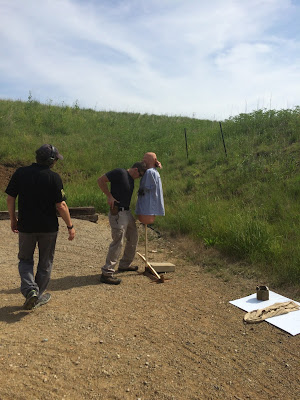 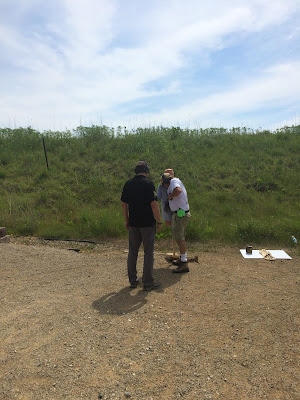 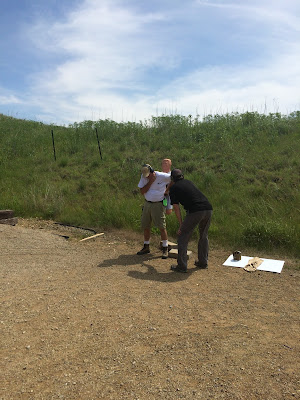 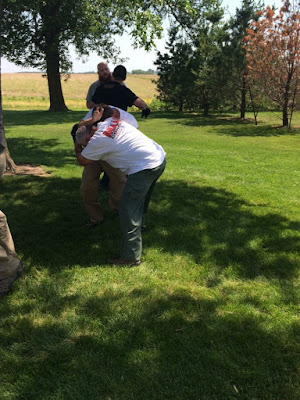 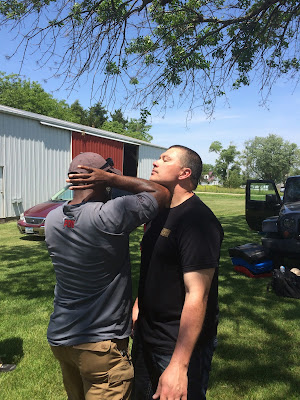 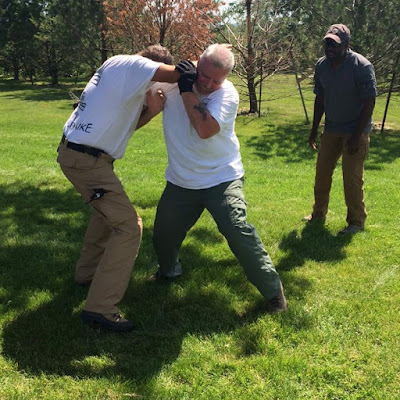 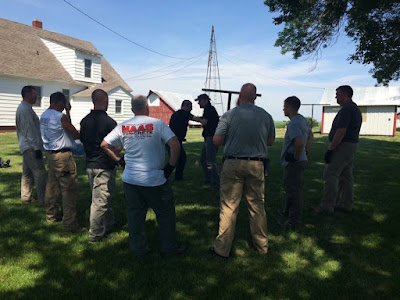 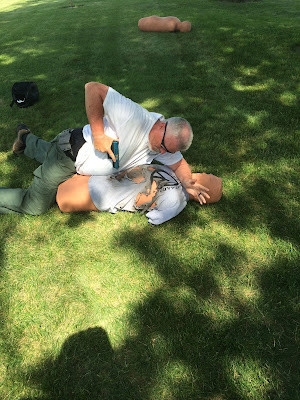