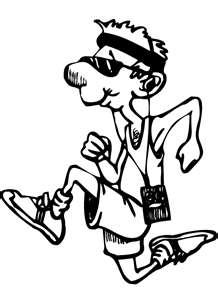 I was running one of my favorite routes the other day and as I was putting one foot in front of the other I started daydreaming about all the places I have run through in my life and how running is really part of who I am. I am not a fast runner although I have been fast at points in my life, I really just try to keep it moving down the road and some days are better than others. Running has sometimes been a means to an end but at other times it is the end itself. Running has also allowed me to see some pretty awesome scenery.

I made my first conscious decision to run when I was in high school, prior to this I just ran spontaneously as most kids do. However in high school I was a wrestler and I used running as a means to lose weight. Specifically I would run the 10 miles from my house to the high school wearing a rubber suit and old school cotton sweats. The idea was to sweat off water weight, this certainly was accomplished as I would lose 5-10 pounds on every run. Looking back this was an absolutely terrible practice, and they have actually made rules in high school wrestling to prohibit this,but that is now. These runs would take me along the highway and big semi-trucks would rumble by leaving me choking on dust and diesel fumes. I would look at the fields covered in snow and see the occasional turkey or deer. I still run this route sometimes when I run from my current home to where my parents still live.

When I joined the military and was stationed with the 82nd Airborne Division running became a chore. Everyday 5 days a week we would rise and shine to the strains of "blood upon the risers."

Then we would do our daily dozen exercises in physical training and take off on a formation run, singing such cadences as "C130 rolling down the strip, she wore a yellow ribbon, or Captain Jack. " These runs were done up and down the Ardennes street in front of the Division area. Thousands of paratroopers would run up and down this street and the air was filled with cadence.

When I moved on to the 10th Mountain Division it was more of the same although runs tended to be much more of a survival exercise in the frozen tundra of northern New York state. Once I got to Special Forces running became a daily competition. Every morning on a team it was a race to see who could complete the designated run first. During this point in my life I would have considered myself at my running peak, while not the fastest in the unit I was always in the top 5.

In the mid 1990's I ran my first community 5K, since then I have run hundreds of races from 5K to Ultramarathon, it was from this point that while running was still part of my job it also became my hobby. I started running for fun and not just because I had too. I started to enjoy the times spent running on roads and trails. I particularly enjoyed some of the sights I saw and places I ran. I have some great memories good and bad from running.

In Ranger School I once had to piss down my leg so as not to fall out of formation which would have resulted in failure of the course. 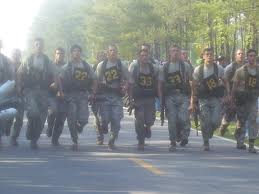 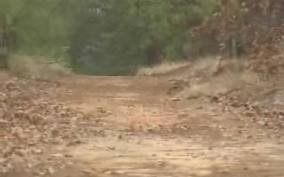 In Incirlik, Turkey my team would run the 8 miles around the airfield every morning, listening to the call for prayer from the minerets and watching farmers in donkey carts traveling the roads. 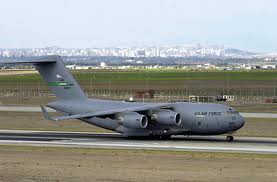 In Germany I could run through the forest and villages on a myriad of trails. Leaving from my doorstep I don't think I ever ran the same route twice in 3 years. 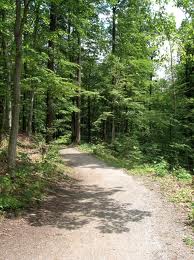 I have run in Kosovo and Uzbekistan with a pistol concealed in a fanny pack, while running up and around the mountain trails. 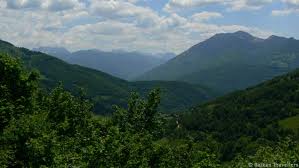 In Uzbekistan I also ran through the city of Tashkent and the massive Independence Square where Communist Party rallys used to be held. 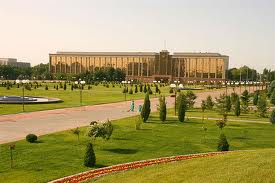 In San Vito/Brindisi Italy we would run along the highway that headed to the beach, I would stop sometimes and grab some grapes from the vineyards to snack on. 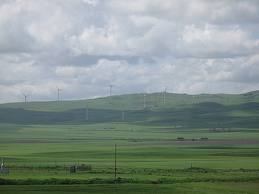 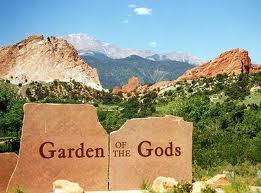 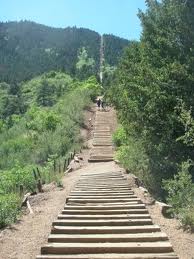 Of course home is where the heart is, and this is the scenary I run through now 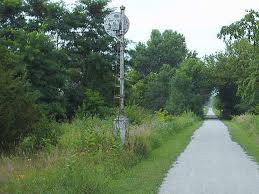 I hope to have much more scenary and many more runs ahead of me
Posted by mikemac356 at 10:00 No comments: 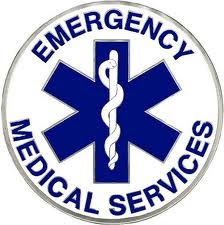 So I have been MIA from this blog for a few weeks, honestly and surprisingly I really had nothing to say. I mostly reserve this forum for more lengthy diatribes and leave the short day to day comments for other places like  http://twitter.com/mikemac356  and  http://mikemac356.tumblr.com . But today I was daydreaming, as usual, and I got to thinking how much I enjoy my work as an Emergency Medical Technician and that if I was rich it would be what I would do for a living. In fact over the last few years I have kicked myself for not becoming an 18D Special Operations Medic while I was in Special Forces. If I had taken that opportunity I would be light years ahead of where I am now in terms of emergency medicine skills and knowledge. At my age being light years ahead in anything is a big plus. In fact it was the 18D's during my military career who lit the pilot light on my current interest in emergency medicine.

Back in the day, when there was nothing to do and it was too early to head for the hacienda it was inevitable that the current Team Sergeant would announce to the 18Ds that it was time for some medical cross training. Hell when I was a Team sergeant I did it myself. Medical training was appropriate for a few reasons, it is a perishable skill which requires repetitious practice, if both medics where down in combat or busy who was going to treat the other wounded, and it was easy to do. So grab a few IV administration sets and a SAM split and go to town. Thing was I always liked this training and to this day I would put any one of my medics on any of the ODA's I was on up against anybody for all around knowledge and medical skill. Thanks Carl, Glenn, Jeff, Matt, Mike, Curley,Craig,Jerry,Aaron, Chris, Ron and any other 18D that ever showed me anything.

So going on five years ago I took the EMT-B course because of this interest in medical "stuff." However at the time I took it because it was a prerequisite to get on the local fire department, the action guy in me thought I might like to be a firefighter. Well the department wasn't hiring that year and I was too old to wait so I moved on and started volunteering my time at a rural ambulance service. Most of the services here in Iowa are volunteer and rural. Well fast forward to the present day and I am a member of the leadership council at that service and I also work as a paid albeit part time EMT on another rural ambulance service. So between both services I am on call about 140-200 hours a month mostly overnights because , hey, I still have a day job. And that is the main issue with why I don't do EMS full time. Big secret if you don't know and I think most people don't but EMS personnel are paid not much more than your local convenience store clerk. An EMT-B makes an average of $9-$10 an hour that is if they are even paid and aren't volunteers. Paramedics get paid more but not a lot more. I think this is a travesty and a shame. The EMS personnel I know are some of the most dedicated people you will ever meet. Hundreds of calls are run and lives are saved every year by people that cultivate their skills and service their communities and expect nothing in return. Next time you see an Ambulance or someone in EMS, tell them thanks for me.

So in a nutshell that is why I don't do this full time. However because I am a definite TYPE "A" I am doing the best I can to progress in my knowledge of EMS as fast as I can. Sometimes this doesn't seem very fast but slow moving wheels still turn. Currently I am attending the EMT-Intermediate course with the intention of transitioning to the Advanced-EMT designation when the National EMS Standards come into full effect in the next few years. I also plan on trying to get into the Paramedic course next Winter. However despite the pay issues this is a very popular course, I wasn't able to get in this year. Hopefully by the time I am 50 I will be a qualified paramedic running on an ambulance service somewhere. Then when I retire from my day job I can run ambulance calls to stay busy. I will also be able to drink coffee and bore the young kids while I alternate between "When I was in Special Forces " and "When I was a Paramedic" stories. That will be some good times.
Posted by mikemac356 at 20:19 1 comment: