How Do I Feel? 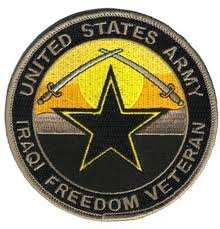 Ever since our administration announced the end of the war in Iraq I have not been sure how I feel. As I have talked about a few times on this blog I was part of the initial invasion of the country in 2003. It could even be said that Operation Iraqi Freedom was the culmination of my military career, it was the last time I would lead men in combat, it was the last time I would deploy on a real world mission, and it was the last time I felt truly in charge of my own destiny. Many people try to analyze how soldiers in combat feel, trying to get inside their heads and ascribe there own feelings and desires on to the members of our military. Killing is bad right?So those that kill must be screwed up when it is over? We have to think that way or the whole house of cards falls down.

I am going to be brutally honest here folks and realize that this statement applies to me and me alone, others have their own opinions. Ladies and Gentleman COMBAT IS FUN!!! Yes there are many moments where bad things happen and you wish you were far far away, but when you are in the heat of the moment and you are closing with and destroying the enemy as you have been trained to do all your adult life that is fun. By fun I don't mean ha ha funny I mean satisfying. The adrenaline and the intense feeling of being part of a hardass team of proven professionals cannot be replicated.

So how do I feel? Somehow I feel like a part of me has gone missing. During my career in the Infantry and Special Forces I went many places that the public never heard about or barely remembers. The Sinai Peninsula,Bosnia, and Kosovo where all real world missions where we braved the threat of hostile fire but these did not have the gravity of Operation Iraqi Freedom. So somehow the ending of the war in Iraq has officially closed my connection with the military 7 years after my retirement. As the years go by the phrase " I was in Iraq" will be said less and less as other conflicts supercede the one that once dominated the headlines. Eventually when I am an old old man  they will start doing countdowns of how many of us still survive.

I guess I just miss my teammates. De Oppresso Liber
Posted by mikemac356 at 19:34