Recently in an attempt to broaden my horizons I attended a course conducted by Alessandro Padavoni and assisted by Ken Crawford. This class was something new to me. It was titled Safer Faster Knife Defense. I have attended a few knife defense courses before but this class was based on the counter ambush methodology taught by the I.C.E. Training Company . I have become a big fan of the I.C.E. methodology and instruction. It makes sense to me. Safer Faster Knife Defense was an 8 hour block of instruction. We started seated in chairs. Alessandro gave a lecture on proper mindset and overcoming the fear and reticence of stabbing someone. He talked about carry positions and told us to carry on the weak side (opposite firearm) but train on the strong side. He talked about the fit,ergonomics and locking systems of the preferred carry knife. Safety,comfort and competence were discussed. 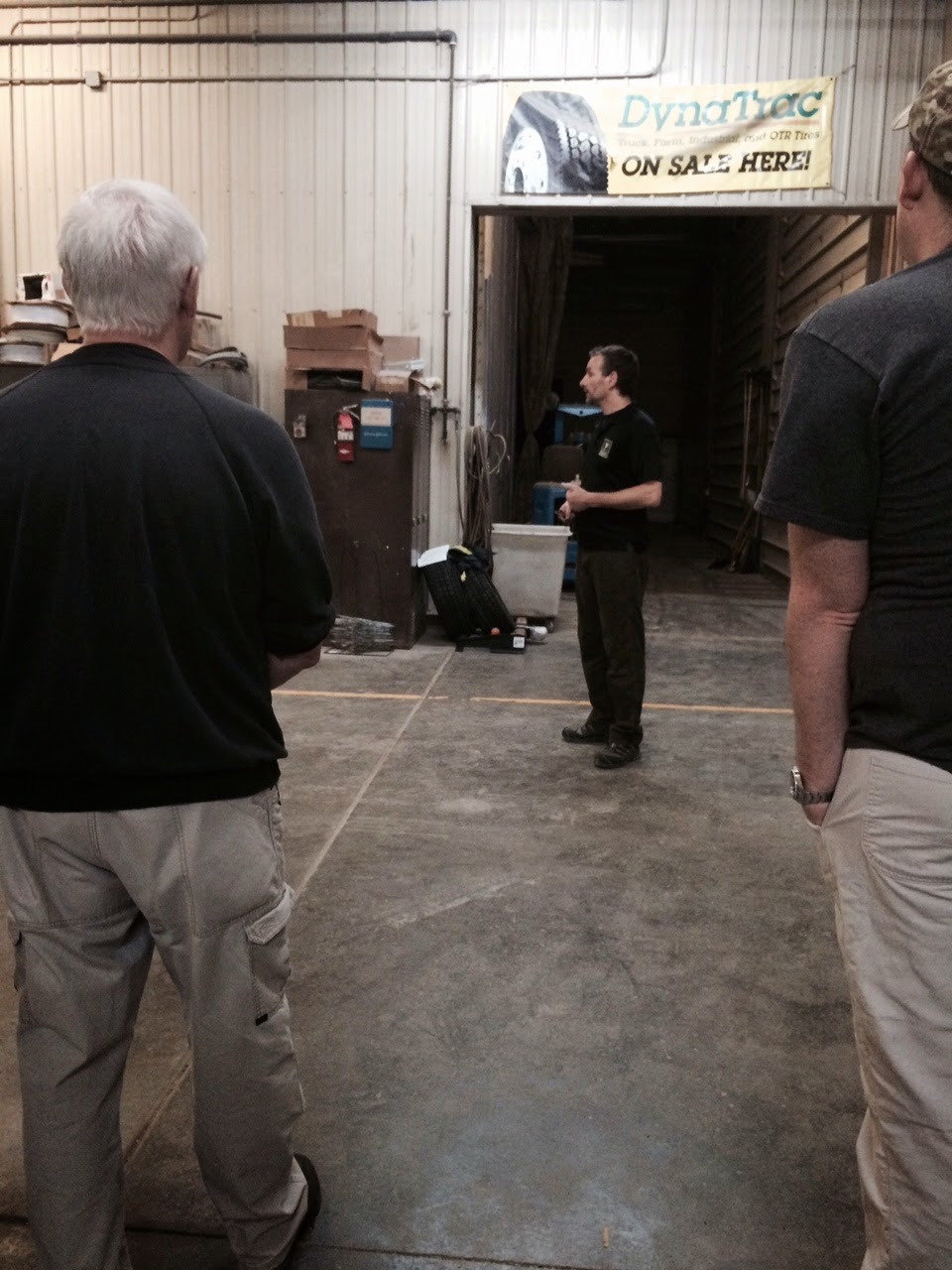 The lecture was short however, as this was a hands on class. Soon we were paired up and utilizing training knives to work on different grips such as the hammer grip,fencing grip and reverse grip. We were encouraged to actually make contact with the knives ( I have the bruises to prove it.) We continually rotated partners and moved on to different slashes and stabs such as horizontal,vertical and 45 degrees.  We worked on different draws like the combat draw and the stealth draw. We incorporated the counter ambush methodology as we "recognized the threat", established a grip, brought the knife up and out of the pocket and incorporated movement.

Once we were familiar with these concepts we moved on to unarmed defense. Using techniques which encouraged us to keep our arm angle greater than 90 degrees and splaying our fingers to recruit the extensor muscles. Many drills were used to demonstrate that these techniques gave a stronger and more stable platform for defense. We discussed groups of targets for an effective knife defense such as vascular (head,neck, femoral artery),muscular (muscles,tendons,nerves), Organs (kidneys,lungs,cerebellum, and liver). 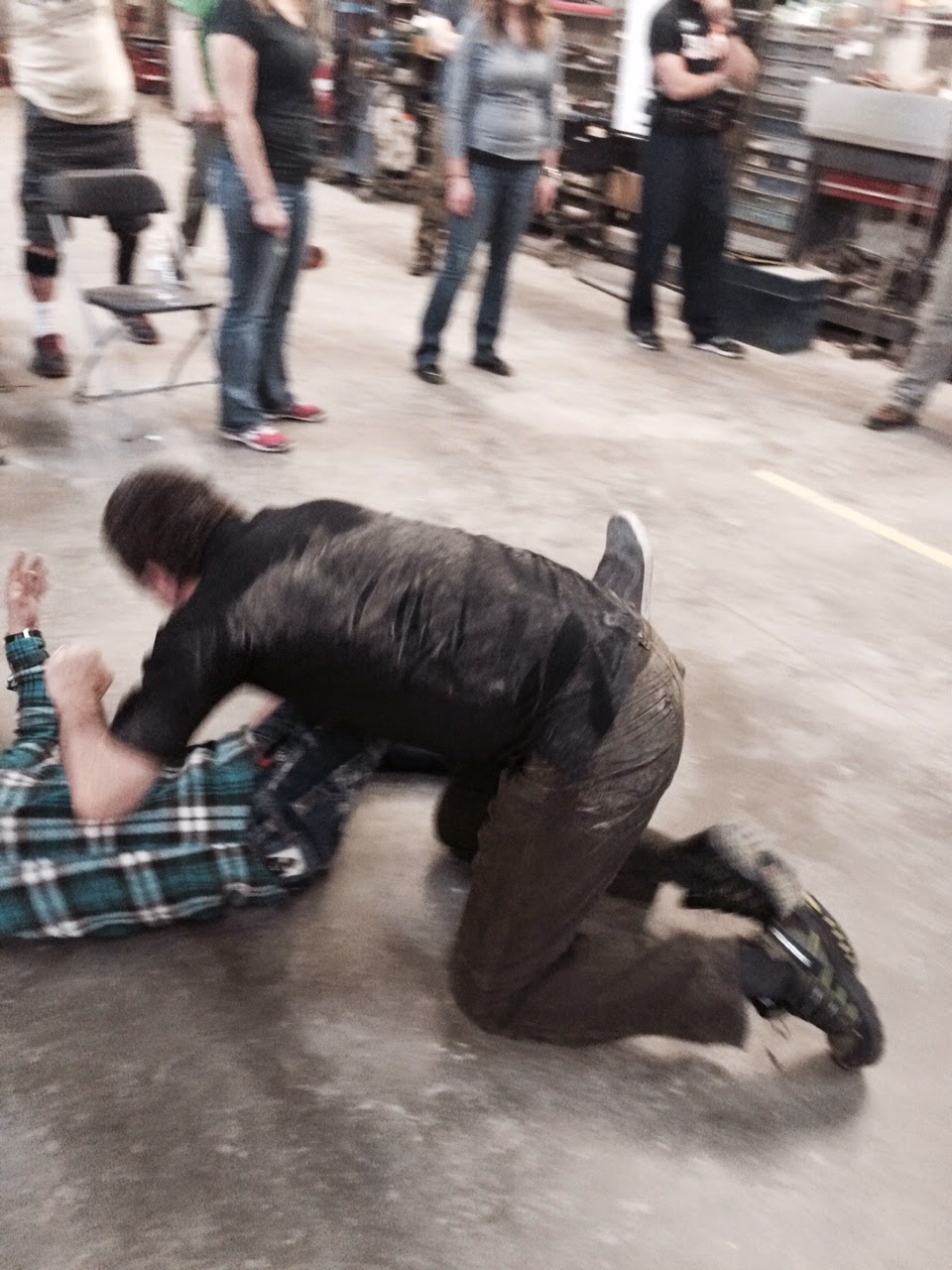 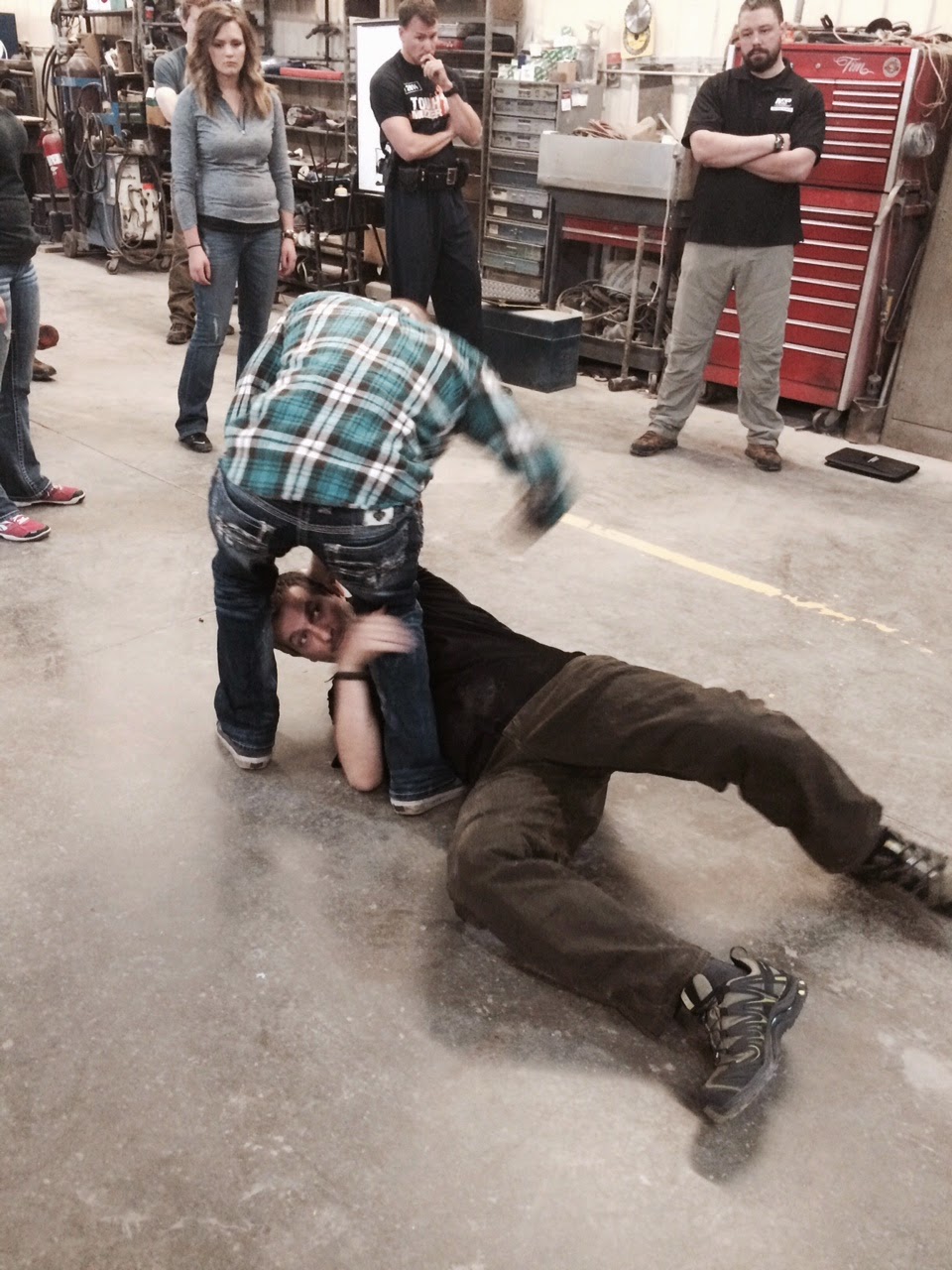 Working with our partners again we practiced striking and attacking. Donning face masks we practiced gaining control of an attackers knife arm and employing our own knives. Even done at 1/2 speed this was an intensely physical practice and had me breathing heavily. Eventually it came time for the final force on force exercise. We all donned heavily padded training suits and head gear. One at a time we would be put in a scenario where we would have to react and employ what we had learned. When it came my turn I walked around the corner and was immediately confronted by a role player asking me what time it was. I told him and tried to keep walking but he continued to crowd me and eventually lunged at me with a knife he had pulled from the brochure he was carrying.

The fight was on! I tried to gain control of his arm but he was able to stab me a few times before I could do so. I did gain control eventually  but got fixated on taking him to the ground. We wrestled for control of the knife and I tried to gain control of his legs. I heard the instructor yell "Take out your knife!". I literally had forgotten I had one. I pulled the knife and starting attacking vital areas. Once that happened the instructor stopped the scenario. I was exhausted. I must have fought for less than 2 minutes. Alessandro gave me a quick critique mentioning the thing I had already identified as my weakness. Then I sat down and watched the rest of my class mates.

This class opened my eyes. I need to work more on unarmed or non firearms defensive situations. I need to reconfigure my personal fitness regime to incorporate more high intensity training. Yes I can run 100 miles but can I can fight off an attacker for 5 minutes? I would like to attend this training again in the future.
Posted by mikemac356 at 21:15