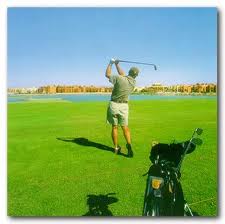 OK so this weekend I found my new "golf." It has been a long time since I had a "golf "but now I do and I will obsess over it for as long as it interests me. You are probably wondering what a "golf" is, well "golf" is any hobby in which you compete against others but mostly against yourself, you are also required to have specialized equipment that is fairly expensive. "Golf" will consume your weekends because you will never be quite good enough. You will hang out with your "golf" friends and talk "golf." But mostly you will spend money in a vain attempt to be better at "golf."

Not surprisingly my first "golf" was actually golf, my Father gave me a decent set of clubs which I still have and I started teaching myself the game when I was in my early twenties. That was mistake number one, if you want to be any good you can't teach yourself "golf." Teaching yourself "golf" promotes bad habits that you will spend many weekends trying to overcome. So for a few years and especially when I was stationed in Germany I played a lot of Golf. I actually got pretty decent but then I moved away from my golf friends and it is no fun and too expensive to play golf by yourself, at least for me. I still play about once a year whenever my brothers and Dad can all get together. They are all way better a Golf than I am so the normal result is I swing the club,cuss, and drive the cart. It's good to do stuff with them though. 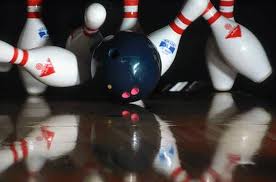 My second "golf" was bowling. When I lived in Arizona I belonged to two bowling leagues. One was a Men's league in which I was serious, the other was a CoEd league which my wife also bowled in. I really enjoyed bowling as I could compete and drink beer at the same time. Drinking beer was pretty important to me back then. This was also the only hobby which my wife also participated in. It was fun to do something with her and I still have the two patches I got for bowling over 200. The season was eventually over and I never bowled in a league again. I might someday though. 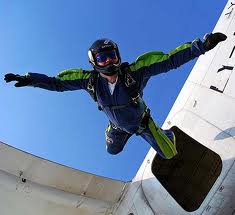 My next "golf" was skydiving. This was also why I was in Arizona but it stretched to other places as well. It reached its peak in Arizona. I haven't jumped out of a perfectly good plane in over 6 years but at one point I ate,slept,and breathed skydiving. I was a skydiving instructor in the military for three years during the week teaching Military Freefall and then I would go out on the weekends and teach it to civilians as a United States Parachute Association Accelerated Freefall Instructor. I have thousands of jumps and a one time I was probably pretty dang good. Once I got out of the military though I lost all my skydiving friends and insurance and paying for jumps is just too expensive as a civilian. I am still a member of USPA however as I may yet jump again. Here is me and some of the fellows doing some training: 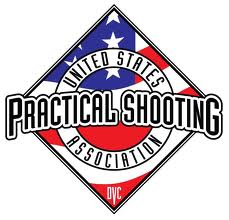 So that brings me to this past weekend, my new "golf" is competitive shooting. Specifically USPSA competitive shooting. My friend John has been involved in this for quite awhile and he has been trying to get me out to a match for about 4 years. I always had to work or something came up, but finally last Sunday I made the trip down to the range with him. I wasn't sure what to expect but I brought my pistol (S&W MP 40) some ammo, and my range gear.I followed John and his group of regulars to a little range in southeastern Iowa that looked like every other range I had ever been to. Picture dirt berms and pine trees, where they found pine trees in Iowa I have no idea. When we got there we went in to the range shack, plunked down our entry fee and grabbed out score sheets for each station. There where four stations set up with various obstacles and targets. The shack was so thick with cigarette/cigar smoke I thought it was coming out the chimney. As quick as possible I went back outside and we started shooting the courses of fire. Our group provided our own safety officers and we ran ourselves through going to what ever station was open and keeping score for each other. It was very relaxed and enjoyable. It reminded me of going to the range with my team and just blasting ammo in a relaxed none stressful environment. The courses were challenging with both paper and steel targets, but not overly so. I had a good time and as it turns out even though I don't practice a lot I actually shoot pretty well. I will be going back soon and as often as I can. Good people, good times. Maybe someday I will look like these guys: