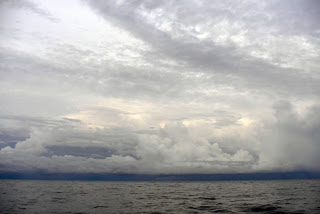 n
the
1. a depressed or bored state of mind
2. a state of inactivity or stagnation
3. (Earth Sciences / Physical Geography)
a.  a belt of light winds or calms along the equator
b.  the weather conditions experienced in this belt, formerly a hazard to sailing vessels
I was going great guns until about July. I had a great winter training season and had run personal bests in 5K's and other races. I was planning on finishing a 50 mile Ultra marathon. I was also moving ahead in my career in both my full time and part time jobs. My boss quit in April and I was encouraged by his boss to apply for his job. It seems like I had a good shot at it. I passed the course to upgrade my emergency medical technician rating as well as the practical exam and all I had to do was pass the written test.

Then things started slowing down, I had to take on the job of 3 people at my full time job as I covered for my old boss,myself, and one of my employees that was fired. This caused me to become very reactive instead of proactive. It also has made me irritable and stressed. And oh by the way after leading me along for 4 months and letting me keep the ship afloat they hired someone else to be my boss.
I took my EMT-I written test not once but twice and still need to pass it. I have one more shot before I will need to redo at least part of the course. I usually never ever have issues with written tests but I am very gun shy of this one now. It is almost a phobia, the damn thing has me spooked. if I don't pass it I am out over 600 dollars though. Each time I take the test it costs me $100 as well.
I did not finish the planned 50 miler as chronicled here http://mikemac356.blogspot.com/2011/07/dances-with-dirt-50-mile-ultra-some.html . Shortly after this I injured my foot and then my knee started acting up. This is the same knee I have had surgery on but it has been fine for the last 2 years. Basically haven't run the whole month of August. I have had to cancel 3 races and a few more are in jeopardy. Running is what keeps me balanced so not being able to run also makes me grumpy and out of sorts.

To top it off I had a very irritating season as a baseball umpire. For some reason the coaches just seemed extra unreasonable this year. It is making me seriously reconsider whether I will be officiating after this wrestling season. I also haven't even felt like posting on this blog, as is evidenced by my low number of posts in the last few months.
I am having a birthday in a few days and I just don't feel like I am moving forward. Moving forward is something I need to continue to do, my personality demands it. Just the fact that I am whining in this post shows how much I am off my game. Normally I would fight through the ambush and just deal with adversity, somehow right now at this time I just don't have the energy for it. I alternate between being angry, hopeful,motivated, and resigned.
I need to get my injuries fixed,rededicate myself to work, pass my test and refocus. I know that's what I need to do just don't know when it will happen. Thanks for letting me vent if your still reading.