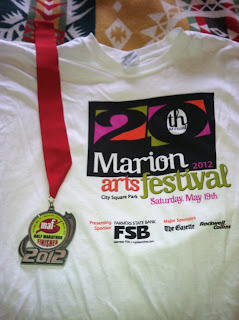 This was the first year for this half marathon and to demonstrate the enthusiasm for this sort of race in the local area it sold out in a few weeks. Over 1500 runners registered for either the 5K or the Half Marathon. I think the count of Half Marathon participants was 900. I registered for this race just a week after running my ultra because of all the people I knew that were running it. I was a little worried about my legs but it turned out alright in the end.

I drove the 10 miles to the start from my house and parked about 3 blocks from the start. When I walked up to the start line I was struck by how much different this crowd was from the ultra crowd I was hanging with just a week earlier. Gone (mostly) were the hydration bottles and packs. Gone was the outdoorsy vibe and the small group feeling. It had been replaced by ipods, soccer moms and jogging strollers. Also the commercialism struck me as distasteful, have I become a running snob? I do know that at this point in time I definitely prefer trail running to the road.

Anyway, I saw a few people I knew prior to the start like Matt R and we chatted for a few minutes. Along the race course I saw Todd G, Dave S and Mark T. I missed seeing Brian and Kris and Jen but I knew they were there somewhere. The the National Anthem was played and the starting gun went off. As is usual at these events I was at the back of a big crowd and when we started shuffling forward the timing mat caught me by surprise. I almost didn't hit my running app or my watch but I managed to get them started. 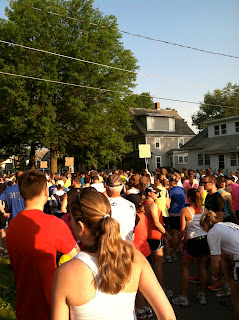 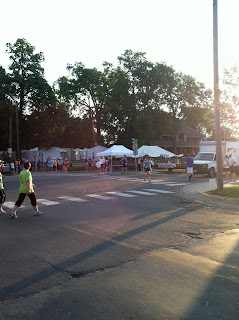 The course ran down a city street that was slightly downhill for approximately half a mile and then it turned onto a bike path. There was quite a backup as we all tried to cross the foot bridge. After we exited the bike path we were back on city streets and people were starting to thin out. I was feeling pretty good surprisingly and ran the first mile in 8:02. In fact for the first 9 miles I maintained a sub 8 minute pace. The course alternated between streets, highways and bike trails. 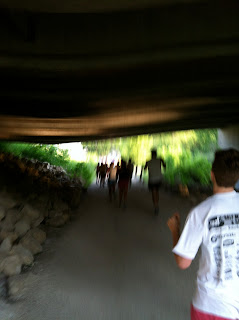 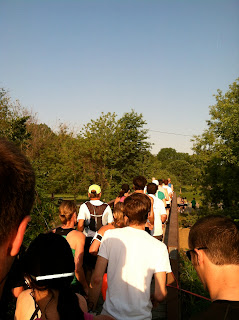 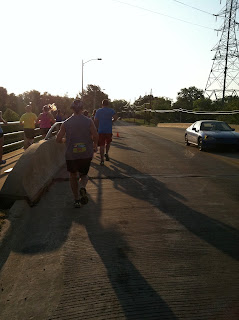 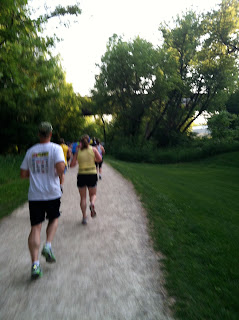 I steadily passed people until about mile 9 then the constantly rolling hills started to take their toll on my not quite recovered legs. I started slowing ever so much and my pace creeped up over the 8 minute per mile mark. However the race was almost over and I maintained a steady pace. Eventually we turned back into town and I saw the finish. I pushed it a little more trying to beat the 1:45 mark. I didn't quite make it finishing in 1:45:34. This was still a PR and a good race.

I hung out after the race for a few minutes but the food line was way to long so I walked to my car and drove home. 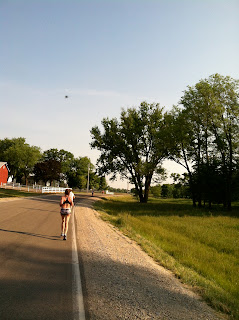 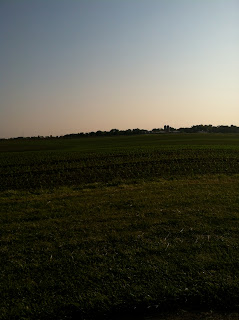 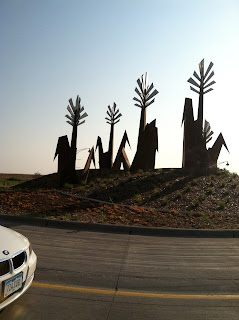 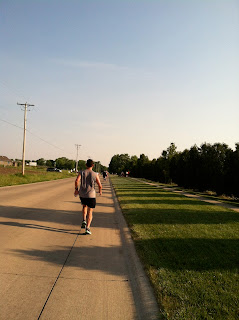 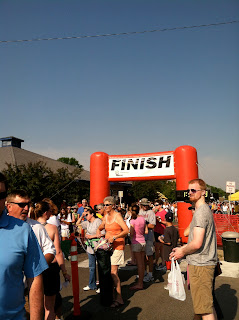 Once I drove home I took a nice relaxing 4 mile run on the trails by my house. 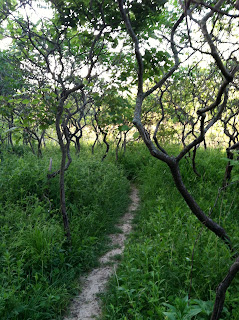