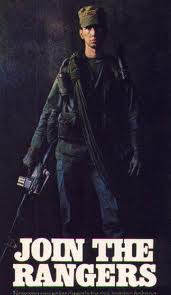 Earlier this week Army Chief of Staff GENERAL RAYMOND T. ODIERNO announced that the Army would look at allowing females to attend the US Army Ranger school. Odierno theorizes that not allowing females to attend Ranger school would hinder their ability to advance their infantry careers.  Of course this announcement caused great consternation amongst the special operations community. I myself may or may not have said I would burn in protest the Ranger Tab I earned in 1988. Of course Odierno sets up a classic straw man with his argument that women will be held back from advancement without Ranger School. While the Army has allowed women to serve in Infantry units as support troops below the Brigade level for sometime. THEY ARE STILL BARRED FROM THE INFANTRY. So how does not allowing them to go to Ranger School hamper their Infantry careers when they in fact do not have Infantry careers?

As a libertarian leaning individual I am all about personal freedom and keeping the government out of our lives and after 22 years in the US Army in both Airborne Infantry and Special Forces units I think I understand the needs of that career path. When the military did away with the don't ask don't tell policy I was all for it. Who gave a rat's ass about someone's sexuality? Could they shoot? It was pretty much common knowledge that homosexuals had been serving already and I believe letting them acknowledge this publicly eliminated a big distractor that was taking us away from our real mission of fighting a two front war in Iraq and Afghanistan. To me it was about the mission and the big difference between then and now is no standards where changed to affect this policy revision.

Someone I love very much wrote this in rebuttal to some statements I made regarding this issue.

"This I agree with "no different standards for women" -- do the job like it was designed to be done. If one doesn't get a pass for age, gender doesn't get a pass either. Now if, like in some professions/job when standards are adjusted for age, height, etc. then gender makes as much sense -- because when adjustments are made it simply means that the "standard" wasn't necessary for the job to begin with. So eliminate the bogus standard (if indeed it is bogus) or maintain the standard as a critical element. The questions are: What determines if a person can do the job? What are the requirements? For example, if a standard now is that an airplane pilot is at least 6 foot tall and there is not a basis for that standard, then it should be lowered to whatever is necessary to be a successful pilot. Gender should not have anything to do with what the standards are but sometimes the standards should really be re-examined. For example, if there is a logical and verifiable reason that a pilot must be 6 foot tall then keep the standard. Man or Woman - if they are six foot tall they would meet that qualification/standard. However, if a woman applying for the position can show that the standard is not verifiable - that one only needs to be 5'10" then the standard was bogus to begin with and should be changed to 5'10."

Makes sense right? This person is very persuasive...trust me. However the premise is wrong again. It is assumed that standard change will be objective and based on empirical evidence. That would be true if this policy change was in anyway related to a verifiable need. However since I have already established the "need" for females to attend Ranger School is bogus then the change itself must be based on something else. Everyone that has ever served in an elite unit knows what the something else is. It is the same something that put every Army soldier in a black beret in a misguided attempt to make them feel special, it is the same something that gives every kid in a elementary school foot race a medal because we don't want to hurt anyones feelings. It is the something that redistributes the wealth because the rich don't deserve what they have. There are no winners and losers, no one is better than anyone else. We are all equal and equal means average. One big homogenous group of homo sapiens.

If women are sent to Ranger School then the standards will change. This is not rhetoric but fact. Let us take the entrance PT test for example. Rangers have certain standards, to enter in to the school Ranger wannabe's must pass a PT test at the 17-21 year old age group no matter the age. However this is the male standard. Should female Ranger candidates be required to meet the male standard or the female 17-21 standard? Once this discussion is had then the standard has already been changed. If Army brass makes this move they will not accept failure, females will graduate to avoid the embarrassment to the chain of command. Standards will be changed subtly possibly unknowingly but they will in fact change. Standards will move towards the lowest common denominator until Ranger school is nothing.

Gen Odierno is no Ranger, he isn't even Infantry. He is an Artillery Officer that never spent a day in a Special Operations unit. This suggestion of his to allow women to attend Ranger school is another tired attempt by the regular Army Officer corps to drag down the special operation community to its level. These Officers, These West Point ring knockers have been pissed off at the snake eaters since the 1960's. They will continue to chip away at the elite units because they have no control over them and this bothers them so bad they can't sleep. This move by Odierno is pure and simple revenge for years of special operations successes . Success that sucked budget dollars into the Special Operation Command and away from "Big Army." And ultimately that is what this is all about, the almighty dollar and the ego of the regular Army Officer Corp.