We Run 5k and New Bo Fest Half Marathon 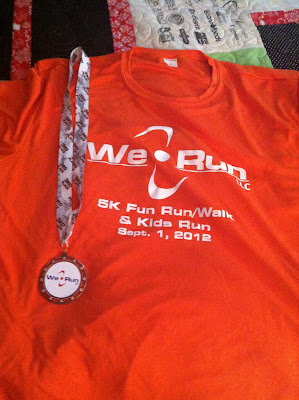 My first race of this two race weekend was the We Run 5K to benefit a charity called soles4soles which you can read about here... http://www.soles4souls.org/ . WeRun is an awesome running store owned by some friends of mine who are totally committed to the the running lifestyle and helping others get fit. You can check out their store here... http://www.werunllc.com/ . I run with their weekly group runs as often as I can and it is a great bunch of folks. This was their first sponsored race and they did it right, Tshirts, age group medals, Overall winners trophys, chip timing, they even had a bagel lady aka my Mom. 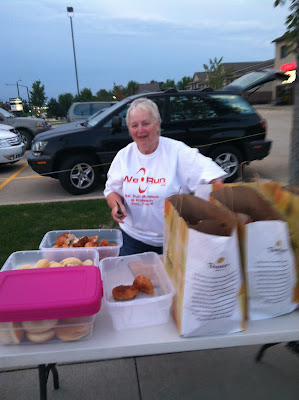 The course was flat and fast, all the turns were well marked with signs of encouragement and volunteers. Very well organized and I think this race will only get better.

There were just over 100 runners entered in the race and at the word "go" we all tried to squeeze across the timing mat which caused a slight delay. I knew I wanted to try and run a quick race and my goal was to beat 22 minutes. I made the first right turn and then the next however and I just wasn't feeling very fluid. I hit the straightaway to the first mile marker and I was really feeling the large amount of pizza I had eaten the previous evening and the lack of sleep I had gotten by staying up until 0100 after officiating a high school football game. Anyway even though I was feeling crappy I ran that first mile in about 6:40. I thought to myself " Is this a day for a PR?" I started feeling a little better as we made a circuit around a small pond and I continued to catch up with and pass some other runners. I could see my friend Ross who was leading the race way up ahead being paced by the golf cart ( He ended up winning the race with a time in the 15 minute range). I hit the two mile mark in about 13:16 but I was starting to slow. All the sprinting on the football field and the lack of sleep started to catch up with me. The last 1.1 mile I lost some ground I had previously gained. About .5 miles from the finish a running group friend of mine Eric caught up with me and we ran together, crossing the finish line at the same time. Due to the vagaries of chip timing event though we had the exact same time of 21:37 he came in 2nd in our age group and I came in 3rd. I missed a PR by 60 seconds but no worries though as I got a nice little medal for my efforts and was 9th overall, making a race top ten for the 3rd time this summer. 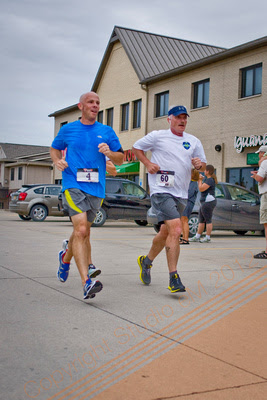 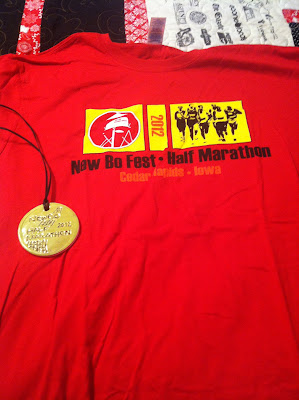 My second race for the weekend was the New Bo Fest Half Marathon. This was the third year for the race. I had run its inaugural event in 2010 but had missed it in 2011 so I was happy to see they had improved some things. The t shirt was better and they actually gave out finishers medals that were hand painted and ceramic, definitely cool. Another plus was this race is about 5 minutes form my house. So I got up about an hour before race time and headed to the start. I had picked up my race packet the evening prior so I had nothing to do before the start except run a few blocks to warm up. I was pretty stiff after the previous days effort but I saw a flock of geese eating grass by a church, which you don't see often. 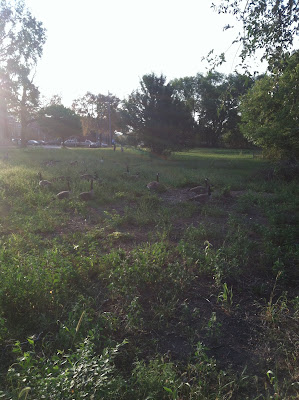 At the designated start time we all lined up and this was a significantly bigger crowd than the day before. The gun went off and I started out with no particular pace in mind. As with the day prior it took me about a mile to warm up the old joints. I reminded myself why I have started to avoid road running and tried to stick to trails.. The course took us up a slight hill then down and dumped out on a road that paralleled the Cedar River before heading into a small neighborhood. This was all fairly flat until we hit a steep hill at mile 3. I started a pattern of passing people on hills and then letting them catch up with me on the flats. I settled into my groove and tried to hang with a nice steady pace. Mile 4-7 was pretty flat as we went out a paved country road and we passed a few water stops. 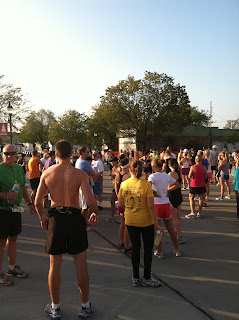 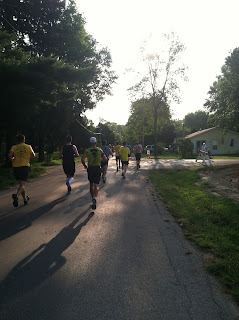 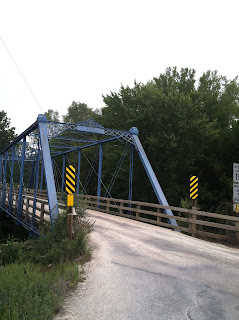 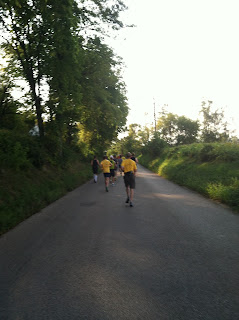 At mile 7 we doubled back running the next 3 on the Squaw Creek trail which was nice and flat. It was on this trail I started passing people however there was a guy that kept dogging me staying right off my left shoulder for the entire way. I could hear him breathing over my head phones. At mile 10 we popped back onto the hard pack and back up and over the other side of the steep hill. I lost my little shadow as the route took us back through the neighborhood and we retraced the route along the river back to the finish. When I hit the last mile marker and headed up the last hill I saw I had a chance for a PR. This surprised me as the hills on this course kicked my butt. I really started pushing however and crossed the finish line in 1:44:16 which was a PR by about 40 seconds. Post race atmosphere was cool with an 80's cover band. Kolaches, and a lot of people I knew from the group run and Daily Mile. Once I got done talking to everyone I meandered on home and went to a minor league ball game with my kids. The next day I ran 31 miles on the trails behind my house. It was a good weekend of running. 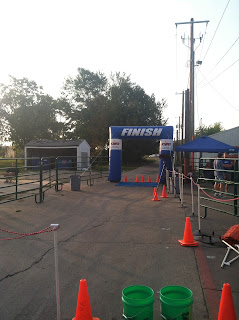 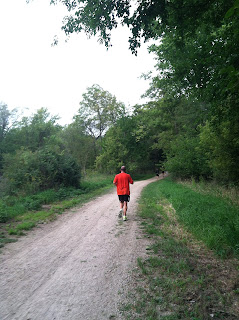 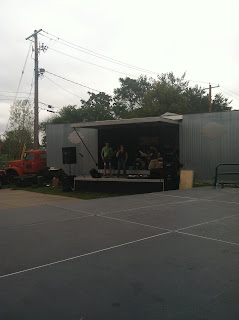 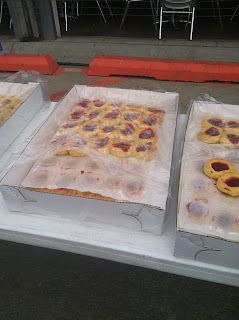 Email ThisBlogThis!Share to TwitterShare to FacebookShare to Pinterest
Labels: 5K, half marathon, Running