Turned Out To Be The Best Decision I Ever Made 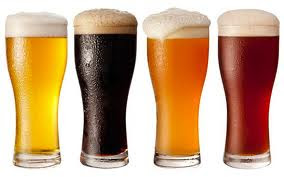 Allow me to get serious and a bit confessional. If I was in a 12 step program I think this is step 12. Were I witness to others. Tomorrow March 8 marks my 12th year of sobriety. Not one drop of alcohol has crossed my lips except for communion wine in those 12 years. For a guy with my love of beer that is a fairly significant achievement. As I tell others "I didn't quit drinking because I didn't like it, I quit because I was too good at it."

The impetus for this 12 years of sobriety was the worse hangover imaginable, I experienced this head splitting malady after going to a birthday party at a German NCO club in Bavaria and imbibing in beer and jaeger shots until who knows when because I don't remember. I woke up on my bunk in a sleeping bag covered in puke. I felt like a shit sandwich for the next 4 days barely able to move off the coach. I decided I better take a sabbatical from drinking for one day. Each day since then I have decided that the chance of another hangover isn't worth it. As time has gone on it has become easier but trust me sometimes I walk down the beer aisle of the grocery store and just window shop. Sometimes I think..well maybe just one or maybe a non alcoholic beer. But then I think whats the point?

I started drinking when I was 14 years old. I was at wrestling camp and an older kid I was rooming with had his brother's ID. We went to a local bar and he got a six pack of Michelob. I drank 3 in the alley behind the bar and got blind staggering drunk for the first but not last time in my life. I don't remember much after the alley except for playing pool in the student lounge. I do remember people laughing at me the next day saying I had been messed up. I used to steal Black Velvet whiskey out of my Dad's liquor closet and put it in a Hardee's cup and sip it in math class at school. I started drinking in bars 2 years before I was legal because I knew the bartenders.

Once I joined the military it was all hands on deck. Drinking was part of the culture. We used to buy kegs of beer on a Friday and have parties in the barracks that were epic. Shooting starclusters signaling flares down the hallways and using grenade simulators as firecrackers. One time I bet a guy he wouldn't eat my pet fish alive..I lost. Once I got to Special Forces..well what goes on deployment stays on deployment. Lets just say we knew how to decompress after a mission.

When I was stationed at the Special Warfare Training Center as a Military Freefall instructor it was drink and jump..then repeat. We would make 6 freefall jumps a day and then drink at the NCO club until we shut it down. We would wake up the next morning and jump some more, sucking on the oxygen bottles on the aircraft to sober up on the way to altitude.

I was a highly functioning alcoholic, I was never late for work. I did physical training everyday that was not only tough but competitive. I risked my life in training and on missions multiple times. I did my job but often with a beer in my hand. I was never much of a liquor drinker but I would drink almost a case of beer a day.

And then I quit, no 12 step program, No meetings, I just quit. Something clicked in my head and made me decide that it wasn't worth it. I now admit I had a problem but it is hard to see from the inside until you are on the outside. I definitely do not judge others, I think that would be hypocritical. I drank like a fish for over 25 years but I can tell you what to do now because I quit? No that isn't me. I tell myself I am on sabbatical, that someday I might have a beer, but it wasn't today. Each day I make the best decision I ever made.
Posted by mikemac356 at 22:00