This was the 4th running of the Wildcat 50K at Wildcat Den State Park Muscatine Iowa. I had missed the other runnings due to not knowing anything about the race before 2012. In 2012 I was recovering from my 100 mile attempt at OT100 but I had heard from several friends that this was a great race. I had also heard that the course was tough, consisting of 5 hilly,rough 10K loops. I was looking forward to the race but was a little nervous as I had been told that the course was challenging. I picked up Ross early in the morning and we headed down to the race. I, of course ate my normal pre race honey bun and gatorade. When we arrived we checked in and dropped our donation. This race was a very very low key affair. You showed up, signed in,ran as many loops as you wanted, ate some food and went home. Great food and great people. 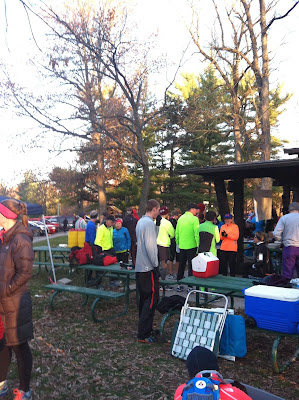 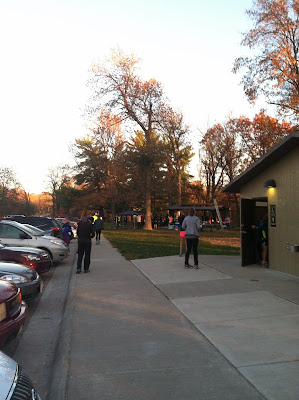 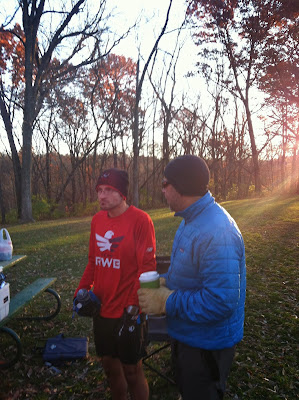 After a short speech and a group picture  Myself, Ross, Ross and Kelly started off in a small group. Rob also said he was going to run a few loops. Kelly and Ross K were going to run just a few loops as well while I and Ross S planned on doing the 50K.

The course crossed a road and immediately headed up a long gradual ridgeline. As usual at the start of a race everyone was jockying for position on the single track and it was back to front for the first mile or so. Eventually we headed down hill over a set of railroad tie steps then back up a small set of steps and across a level area next to a large rock formation. The course then headed up hill across another ridgeline. Then down a steep hill and up another one. This hill was one of the few I found it necessary to walk up, the angle was significant. Then the course continued over some fairly rolling terrain to a campground at the 3.1 mile mark. The campground had a small aid station where we turned around and headed back. The trail was mostly single track covered with leaves. Not very technical but the hilly up and down was constant and unrelenting. The out section was generally up hill which made the return section generally a net downhill, however there were ups and downs both ways. 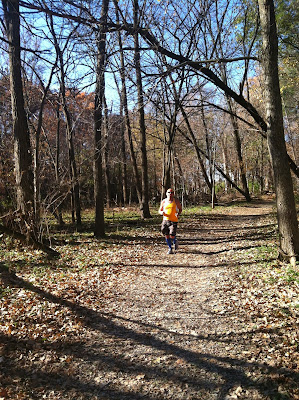 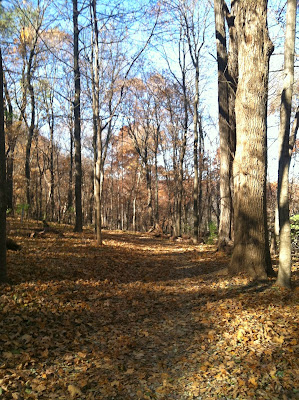 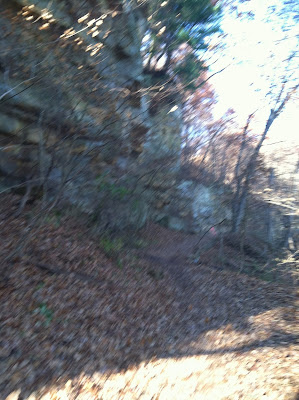 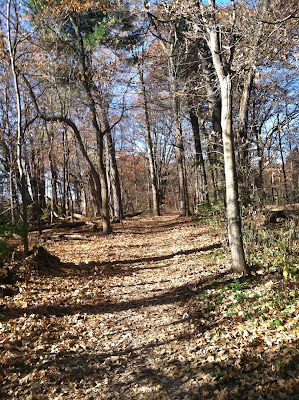 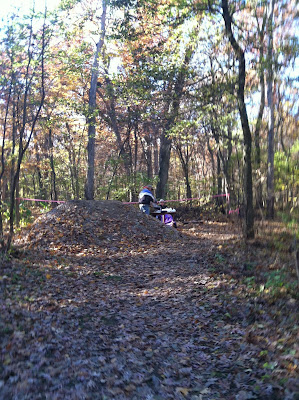 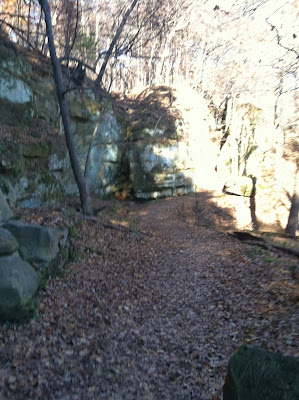 We all ran the first two loops fairly effortlessly treating it as a normal group run. The conversation was great and the miles flew by. After the second loop Ross K and Kelly called it a day and Ross S and I continued on. On our way out on the 3rd loop we saw Rob heading in and feeling strong. At the top of one of the large hills a bandit aid station had surfaced giving out delicious, yummy bacon. I told them I would grab a piece on the way back as we headed down the hill. It was about then that my achilles started acting up. I had been having issues with it since July but today it really started to irritate. I think it was the camber of the trail and they constant up and down that irritated it. Eventually the pain moved up my leg all the way from achilles to lower back. My right hamstring felt like a rubberband about to snap and I couldn't take a full stride. I started falling back off the pace. I could tell Ross was getting restless as he would run ahead and then wait for me to catch up. I felt bad but I couldn't go any faster, I just tried to keep moving forward. On the way back, on the 3rd lap I grabbed a piece of marvelous bacon which lifted my spirits immensely. The 4th lap was more of the same as I struggled to run through the nagging pain that made running uncomfortable at best. The high point was seeing Rob a few more times, surprisingly he seemed like he might be running the entire race after running his first marathon just a week before.

Ross and I continued and started the last lap. I told him there would probably more walking involved. There was more walking as I declined to run up some of the larger hills I had managed to run up earlier. Truthfully though at this point I was probably walking uphill as fast as I could run uphill. So we made it to the turnaround and headed back the last 3 miles. I started feeling better somehow as the miles clicked off. Finally we hit the last downhill and headed into the finish tent. I hit my stopwatch at 6:31:49. Not my best 50K but certainly not my worst and surprisingly good enough for 9th place overall. Given the terrain and my injury I was happy with that. Immediately post race I ate a few chili dogs and had some Coke Zero. Then Ross and I drove home. It was a great day. Oh yeah and Rob finished the entire race.. UltraRob the animal!!! 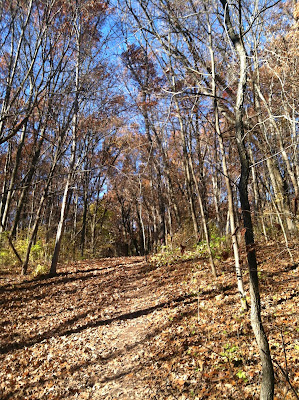 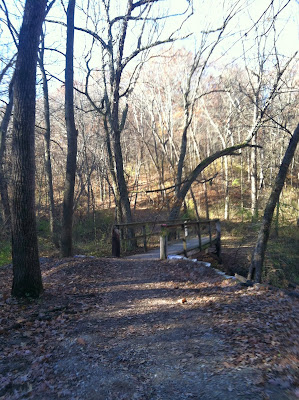 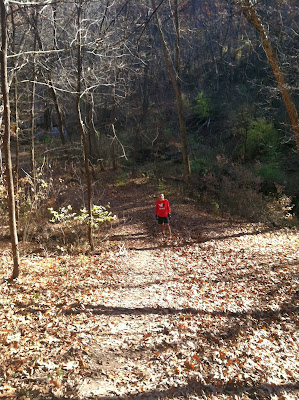 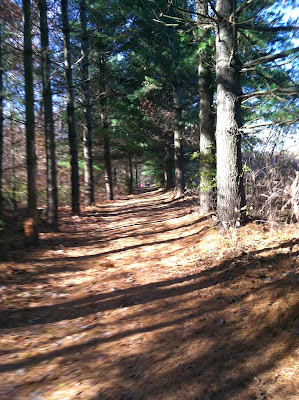 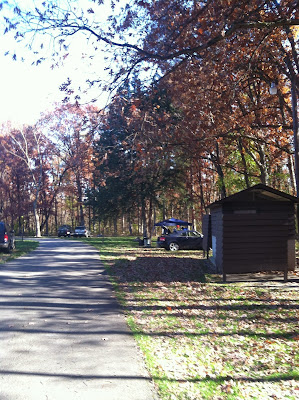 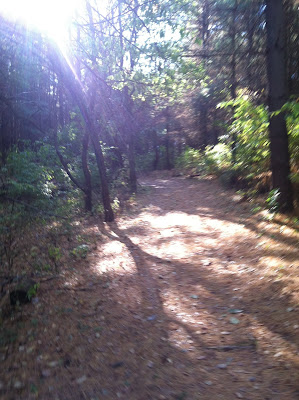 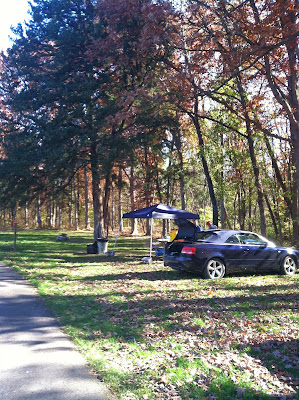