You are not a Badass

I have a few pet peeves ( who would have thunk)? I don't like tomatoes on sandwiches, disingenuous people, or fish. I also don't like the overuse of words or phrases to the extent that they become meaningless. I have written before about the overuse of "thank you for your service" or that everyone that does anything special is a "hero". Please refer to my former statement about being disingenuous. Along these same lines I hate it when people throw the word "bad-ass" around. The word used to mean something, just because you managed to finish a 5K run doesn't make you a bad-ass. Determined, goal oriented, physically fit but not a bad-ass.

I think this comes form my personal experiences. I "grew up" in a place where elite warriors doing elite things was common place. I myself have a decent resume of multiple cool guy merit badges and skills. I am not a bad-ass. In fact within the realm of special operators I was pretty middle of the road, average if you will. However I know some bad-asses. Men that command the room by their very presence, men that do things so epic you cannot imagine how a human could accomplish these feats.  But these individuals would tell you they are not bad-asses. Because they know of individuals like these:

Robert Lewis Howard (July 11, 1939 – December 23, 2009) was a highly decorated United States Army soldier and Medal of Honor recipient of the Vietnam War. He was wounded 14 times over 54 months of combat, was awarded 8 Purple Hearts, 4 Bronze Stars, and was nominated for the Medal of Honor three separate times. He was laid to rest at Arlington National Cemetery on February 22, 2010. 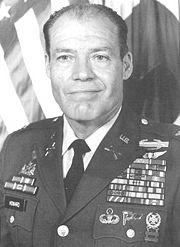 Basil L. Plumley (January 1, 1920 – October 10, 2012[1]) was a career soldier and airborne combat infantryman in the United States Army who eventually achieved the rank of Command Sergeant Major. He is most famous for his actions as Sergeant Major of the US Army's 1st Battalion, 7th Cavalry Regiment, at the Battle of Ia Drang (Vietnam, 1965). Lieutenant General Hal Moore, who, as a Lieutenant Colonel, was Plumley's battalion commander during the Battle of Ia Drang, praised Plumley as an outstanding NCO and leader in the 1992 book about this battle, We Were Soldiers Once...And Young. The book was the basis for the 2002 film We Were Soldiers, in which Plumley was played by actor Sam Elliott. Plumley was known affectionately by his soldiers as "Old Iron Jaw". 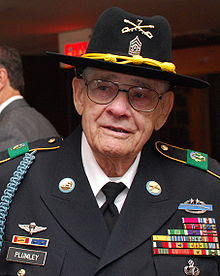 Salvatore Augustine "Sal" Giunta (/ˌsælvəˈtɔreɪ ˈdʒʊntə/; born January 21, 1985) is a former United States Army soldier and the first living person since the Vietnam War to receive the U.S. military's highest decoration for valor, the Medal of Honor. Giunta was cited for saving the lives of members of his squad on October 25, 2007 during the War in Afghanistan. He left the U.S. Army in June 2011 and is currently attending Colorado State University.[1] 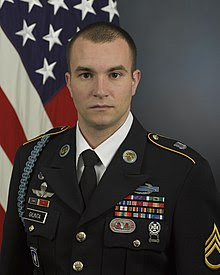 I could continue for a long time but bad-asses are not self proclaimed. Bad-asses often defer the praise and give credit to others. Bad-asses put the welfare of others before themselves. The next time you tell someone running 100 miles or finishing a triathlon makes them a bad-ass. Think about the folks above and maybe you can just tell your friend..nice job!!

Email ThisBlogThis!Share to TwitterShare to FacebookShare to Pinterest
Labels: badass, Medal of Honor