Evansdale to Robins FKT: The Execution

This is a run I have been wanting to do for a few years. It would be an estimated 50 mile route from Evansdale Iowa to Robins Iowa along the Cedar Valley nature trail. This is a rails to trails route so would be a mixture of pavement,gravel, and dirt with no more than a 2% grade. Easy huh? It would turn out to be more challenging than expected.
Woke up about 3 am to get in the car and take the ride north to my parents house. My friend JD had decided to accompany me on this adventure and it was probably good he did as attempting this solo in hindsight would have been a dangerous idea. Anyway we chewed down a a PBJ and made my way to the parents house. dropped off my car and my Mother gave us a ride the 60 miles north to the trail head. We arrived about 0500 and took off about 0515. At start time it was dark,foggy and cool, perfect running weather. The first 12 miles of the trail was paved so we ran easy but still managed a 10:30 per mile pace. We were both using Salomon S-lab 12 vests and I was wearing my new Hoka Cliftons. We talked and concentrated on the little tunnels of light our headlamps made. After about an hour the sun came up and the headlights got stashed. This was to be an unsupported effort so we were carrying all our nutrition and supplies in our vests. We were still well hydrated at this point so when we stopped to use the woodline we also walked a bit. So these natural breaks worked well in this first section.
The first small town we hit was Laporte City where we stopped at a small city park to use the restroom and fill up with water. This would be the pattern for the rest of the day. I estimated the next town was about 6 miles based on the map I had printed out. The map wasn't very detailed though and it also was starting to get wet from all my sweat. You forget the small things after not running an ultra for awhile,small things like putting your map in a plastic bag! We headed down the trail. Shortly after Laporte the trail changed to dirt. This was my favorite section as it was shaded and secluded almost like a trail run in the woods. This even though we were essentially running through cornfields and pasture. The trees along the trail blocked the sun and our view of the open country. Eventually we hit the next town of Brandon (Home of the worlds largest frying pan). Once again we filled up with water at a small park and rearranged some nutrition.
Taking off the trail started opening up. Shade got less and less and the sun got hotter and hotter. Now we were in open country. We were still running at about an 11:00-11:30 pace but the sun was taking its toll. We saw more more people as the trail started south and the day was getting farther along. We or I specifically estimated this section would be another 6 miles. I was wrong as it turned out to be a little over 10 miles. We were totally out of water when we hit the town of Urbana. We tried to stop at. City Hall but no luck getting any there. Luckily there was another park alittle bit down the trail and we spent probably 30 minutes filling up on water and cooling down. Onward to the next town.
Humidity and heat dominated the next section. We actually started employing a run/walk strategy at this point. Due to the unvarying terrain our feet,knees,and hips were taking a pounding on the fairly hard packed trail. Walking helped relieve some of that pain. I had some hip,calf, and knee pain that was migrating around randomly. JD mentioned some pain in his hip flexors. Eventually we arrived at Center Point. We were about 10 miles from our destination but this would be the beginning of the end. We refilled up with water at an old railroad depot building and JD mentioned he was concerned because he hadn't urinated in quite awhile. Once we headed off we were pretty stiff. We continued the walk/ run strategy but the running was getting slower and shorter in duration. I was having some good aches and pains and JD was experiencing foot cramps. But we pushed on.
Approximately mile 41 the trail turned to blacktop. The heat radiating off this surface was brutal. Shortly after that JD, although running well, actually stronger than I was at this point, mentioned he was feeling nauseous,tingly, and his vision was blurring. This was not good as he started experiencing a significant bonk which could have been heat related or due to the lack of nutrition in the last few miles. We had basically run out of supplies between Urbana and Center Point and were running on fumes. We walked for about a mile to the next road/trail intersection and called for exfil. If this was a race potentially we could have rested at an aid station and continued the last 8 miles. However we had no aid station,no supplies and limited water. It was the smart thing to call it a day. We finished 42 miles in 9:45 hours. We also accomplished what I had intended. Bottom line I wanted to test my limits and push the boundary. We did that and it will be a great memory. 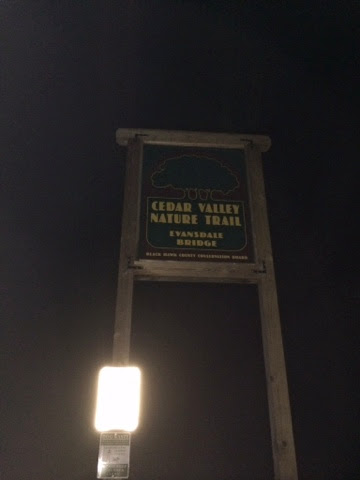 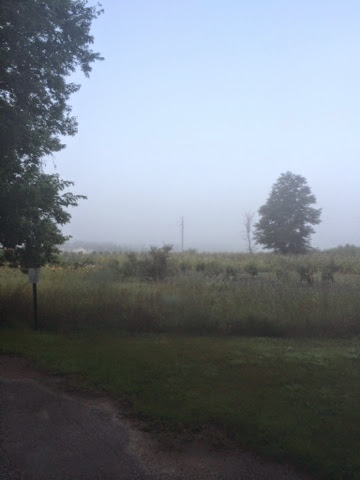 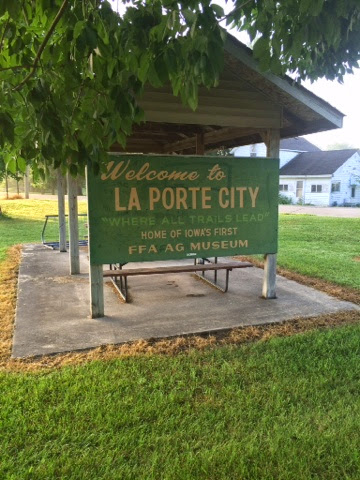 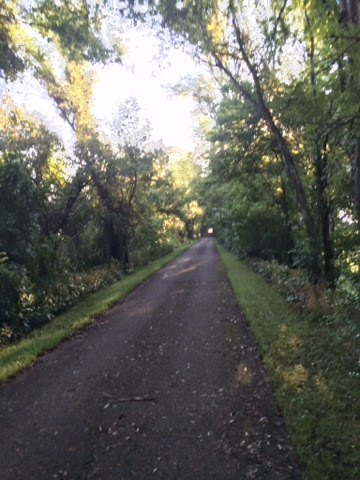 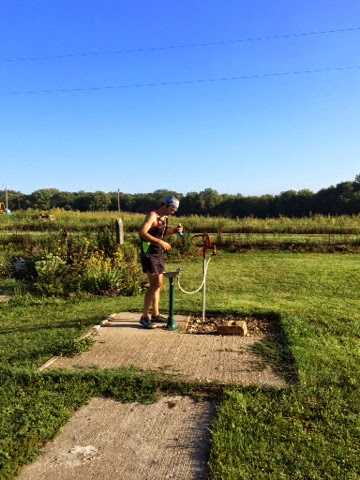 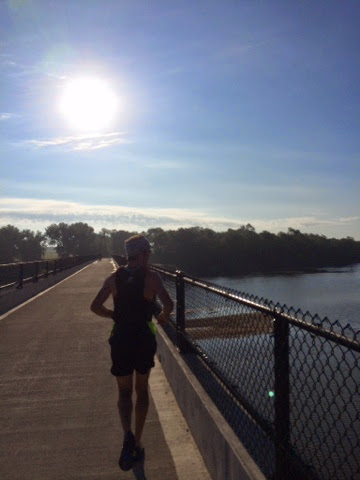 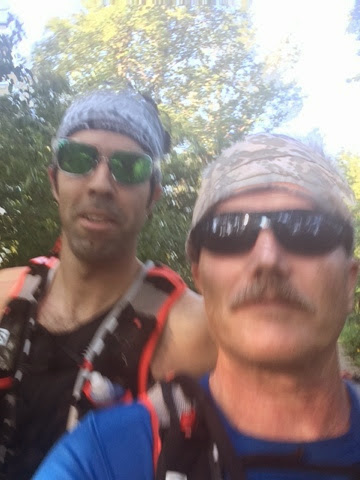 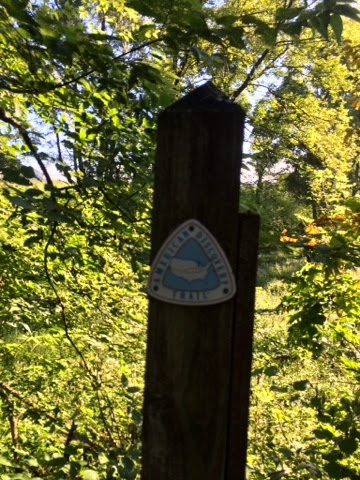 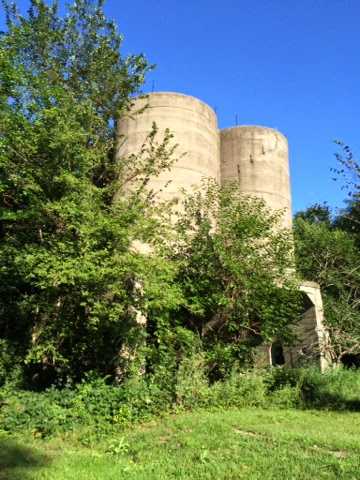 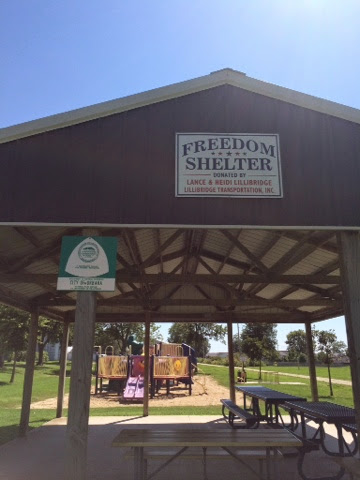 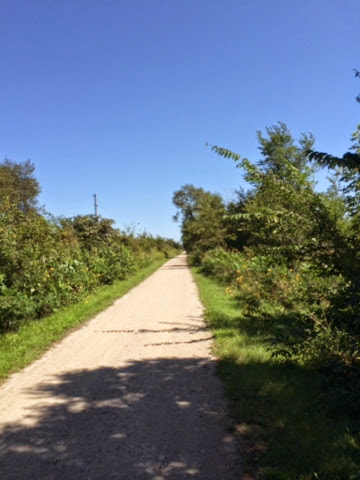 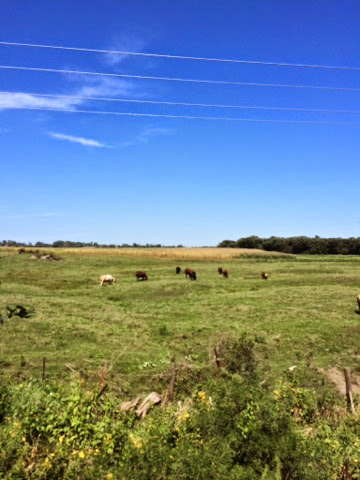 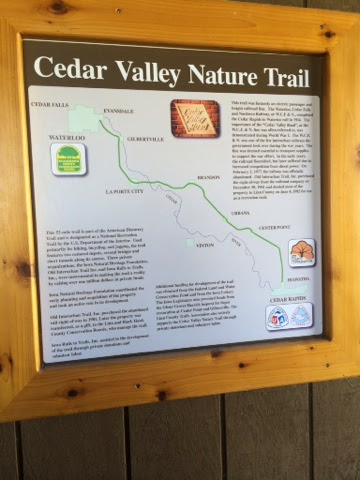