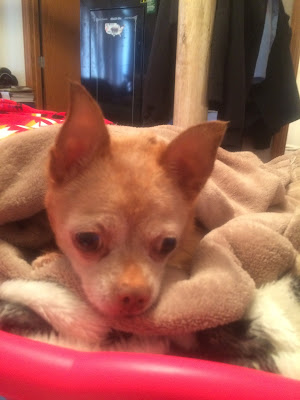 I was deployed to Uzbekistan in 2001. In was right after 9/11 and my Wife was experiencing some anxiety. The doctor told her should should take medication and she refused. He then suggested she get a "lap dog" for therapy. So she went out and got a Chihuahua and named her Isabella. I first heard about the dog  at midnight over a SATCOM phone, while standing in the snow in the mountains of Uzbekistan. I was less than thrilled about having a little "anklebiter." We already had two "real dogs" at the time and I made my displeasure known. But as usual I was wrong.

Isabella was the best thing to happen to my Wife. I learned that Chihuahua's are loyal,protective and empathetic. Easy to take care of, and cuddly. We liked them so much that eventually we acquired 3 more. Isabella was always the original though and the most loved. As she got older she became my oldest Son's therapy dog when he got back from Afghanistan. They were inseparable. This was hardest on him. He is still distraught.

About 3 years ago Isabella developed a tumor on her chest. As it grew we took her to the Vet. We were told that she only had a 25% chance to survive an operation. So since she was not in pain we let it go. It wasn't aesthetically pleasing but she didn't care and neither did we. Then a month ago she developed another tumor in her throat. This one progressed rapidly. Inside of two weeks she had lost weight and was having difficulty breathing. We eventually started carrying her around in a laundry basket because she was weak. The tumor became an exterior wound on her throat that would not heal. My son would feed her pureed' food by hand and redress her wound 2 to 3 times a day. This went on for a week or so but we were hoping against hope she would heal or recover. Finally I had to make the hard decision to have her euthanized. It was hardest because she was still alert and oriented and not really in any pain. So it was done.

We will miss you Isabella. You went by many names..Isabella,Iz, Izzy, the Izanator,Mrs. Bella and little "piddy paws." You brought us so much joy. I hope you are playing with your former packmates Jake and Zowie. I gotta go I am tearing up.

All dogs go to Heaven. 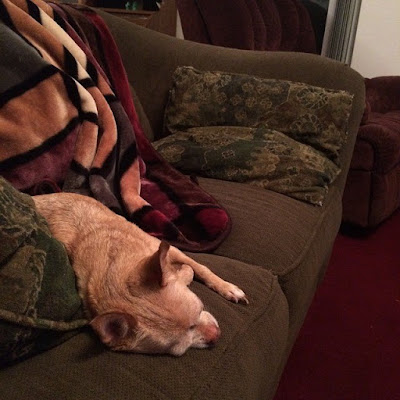 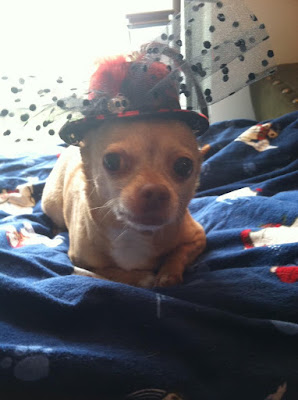 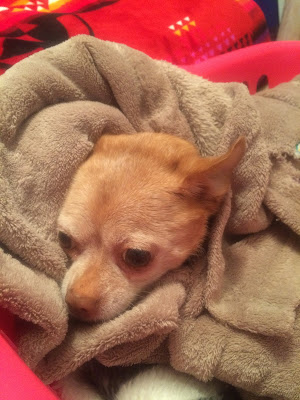 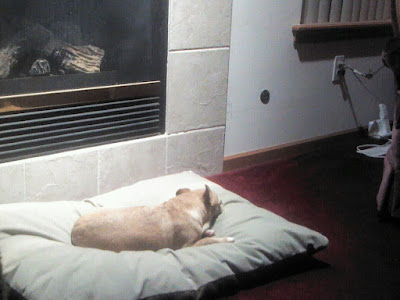 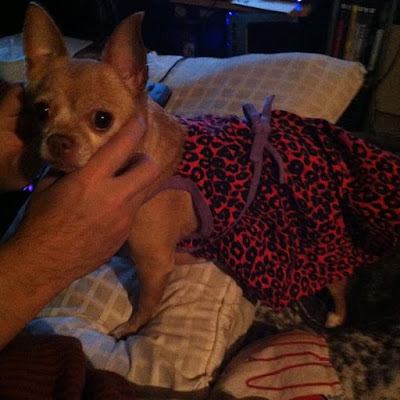