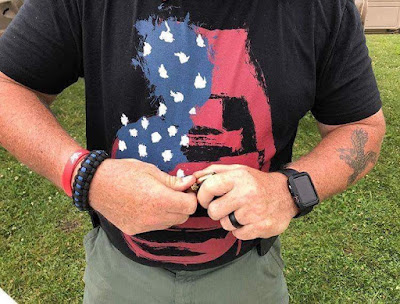 As part 3 of my personal June 2017 training tour and my second Personal Defense Network Training Tour course for the year I attended Advanced Pistol Handling taught by Jamie Onion. I previously attended this course in September 2015 and wrote about it here. From experience both teaching and attending I.C.E. courses in the past I knew that no two classes were alike and the curriculum was based on student ability and application of skill so taking the course again would be like taking a course that was more than likely different than the previous iteration.

The day was perfect for training and the class was small. Four of us attended and as one student said it was almost like one on one instruction. The day would show that none of us were novice shooters. We progressed quickly through the standard Combat Focus Shooting drills of Extend-Touch-Press, Up Drill, The Balance of Speed and Precision, and Presentation From The Holster. Lateral Movement and Assessment were added in fairly quickly as well as Multiple Target Engagements. All this took roughly an hour with adequate break time to hydrate and reload magazines. 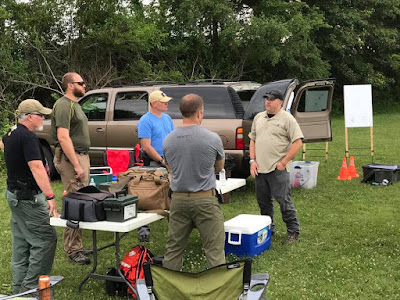 After every one established basic competence we moved on to multiple unorthodox shooting positions. Knowing what I know I brought some knee pads as my left knee was recovering from a previous injury. We shot from kneeling, sitting, prone , supine facing the target and suping facing away from the target. We incorporated assessment and presentation from the holster in all positions. As Jamie said the context was not that these were good shooting positions, but that you can not guarantee what position you will be in when you shoot and this course was about exposure to these unorthodox positions. From every position we would work our way back to our feet. Reloads were done in context as the stimulus of slide lock was experienced. We then conducted a "flow drill" where we moved continually through every position and reacted appropriately when given the stimulus to do so. I paced myself and moved slow and my knee held up fairly well although it did bark at me a bit. After the Flow Drill we did some strong hand shooting with strong hand only reloads.

We then took a lunch break and after lunch we came back and warmed up with another session of BoSP. We continued with strong hand reloads and then moved to weak hand shooting and weak hand only reloads. These drills reminded me that I probably need to rethink my reload placement. The chances of a CCW holder needing to reload is small and the chance you will do it weak handed only even smaller but Primary,Alternate, Contingency, Emergency is the way I live my life.

About this time it started to pour rain and flash lighting. So we moved inside for about 30 minutes and continued to work on some unorthodox positions dry fire. After the rain was done we went back outside and moved back to the 75 yard  line and did some work from 3 different positions firing at extreme distances. My best hit ratio was actually from my normal kinesthetically aligned stance. I hit the target 4 out of 5 shots. 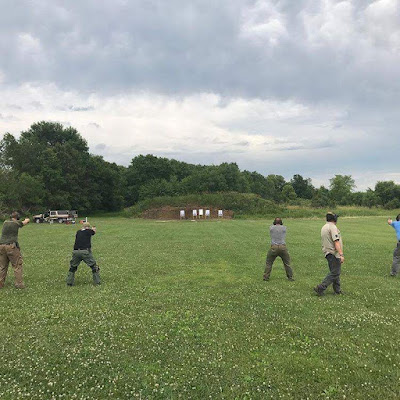 We then moved up to more probable self defense distances and practiced malfunction clearing using the Non Diagnostic Linear Malfunction method. This method shows that you don't have to look at your gun to clear a malfunction or reload. The method is as follows. Once you recognize the stimulus of a malfunction you Tap ( the magazine) Rack (the slide), if that doesn't resolve the issue you Reload, If that doesn't work you Lock ( the slide to the rear),Rip ( the magazine), Clear (by racking the slide several times) and Reload again. We ran this drill blindfolded and strong side only. The blindfold was very effective and disorienting. I feel like I did adequately during the drill and dealt with all malfunctions correctly. I forgot to mention malfunctions were induced by randomly placing expended brass in the magazine amongst the other ammunition. We all had to reload and/or correct malfunctions at least 3 times during the drill. 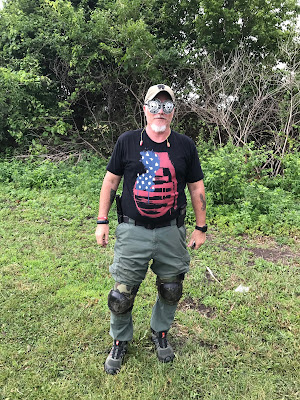 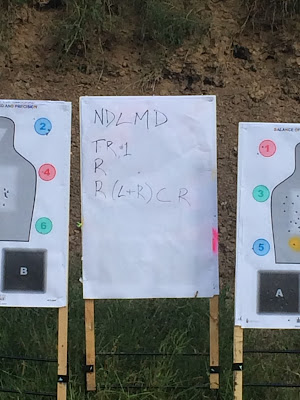 Lastly we worked positions from our knees and chairs so we could transition to drawing and firing in a vehicle both weak and strong side. Once we had the techniques down we fired individually from a vehicle and exited the vehicle seeking cover after unseatbelting. 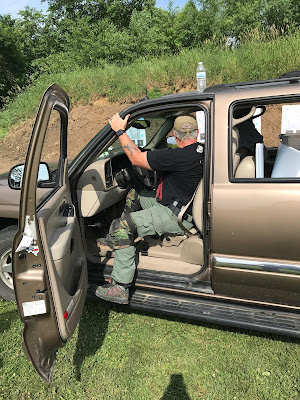 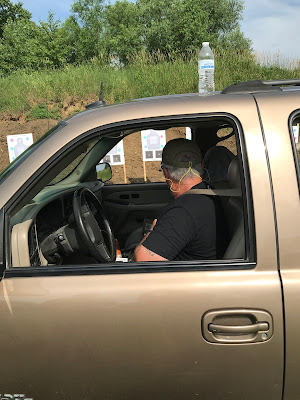 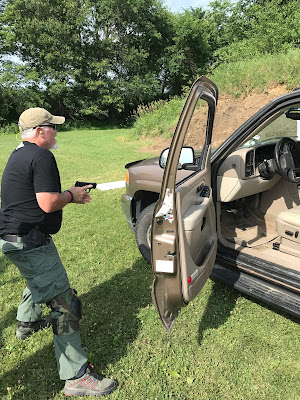 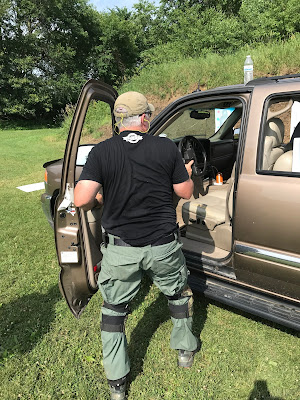 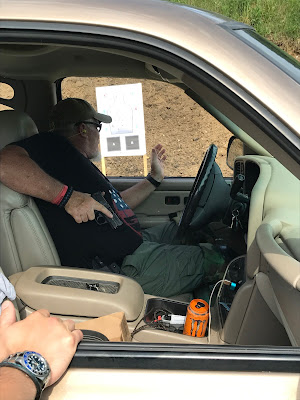 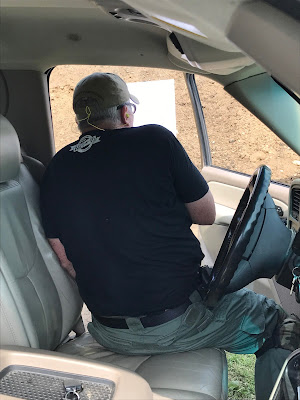 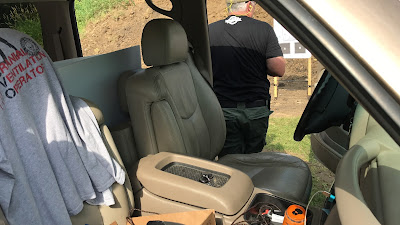 The day as always was concluded with a good debrief that gave you the chance to make comments or ask questions. I had another good day. Found some things I need to improve on and reinforced some skills that I needed to reinforce. Looking forward to the next time Jamie is in town.
Posted by mikemac356 at 16:48