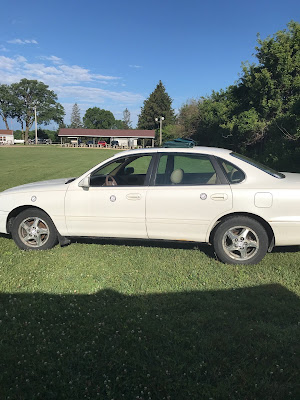 My own personal training tour for the month of June 2017 continued with the Armed Defense Around Vehicles Course taught by Rob Pincus. This course was part of the 2017 Personal Defense Network Tour. I try to catch a PDN Tour event every year when they come to Iowa. This course was not a skill development course per se but a science experiment in ballistics.

This course was designed to show the effects or lack of effect of different ammunition and firearms on a typical automobile. Throughout the day we fired handguns in 9mm, .40 and ,45 as well as Rifles in 5.56, .308 and .300 Blackout. 12 ga slugs and 00 Buck was also used.

Initially we fired through the windshield from the interior to show the deflection or the "inconsistent predictability" of rounds as they exited. I found that you could with a certain degree of accuracy at least guess where a round may go initially. There were always outliers and WTF moments however. 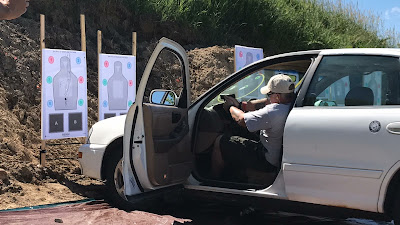 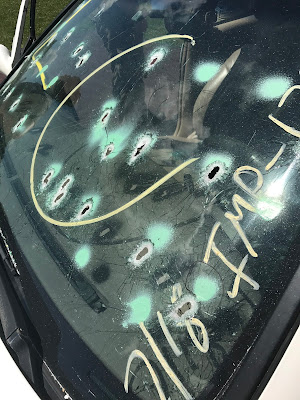 Next we attempted to skip rounds off the hood of the vehicle to explore the different angle and trajectories this produced. 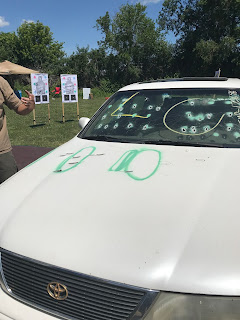 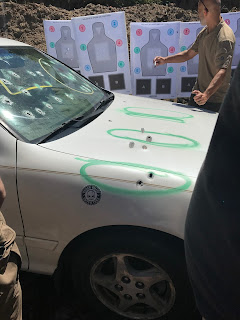 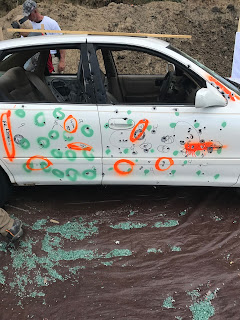 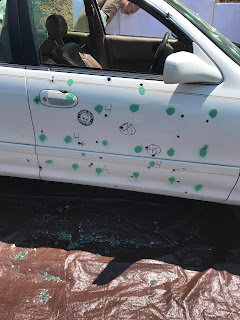 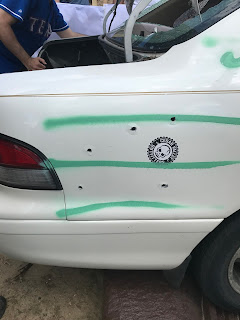 We talked about the results as they related to not "crowding your cover" and other tactics. We learned the best places to obtain cover using a vehicle and what areas may only afford concealment. I learned a huge lesson about what ball and hollow point ammunition can accomplish as well as typical rifle cartridges. The day went by quickly and time was well spent. 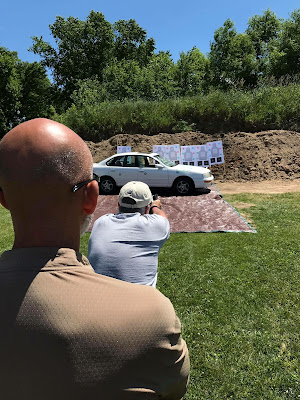 As a bonus at the end of the day I got to shoot the new PD10 prototype from  Avidity Arms. Sweet gun. Single stack 9mm designed with all the defensive bells and whistles we advocate in the Combat Focus Shooting Program. Check the course out if you get a chance