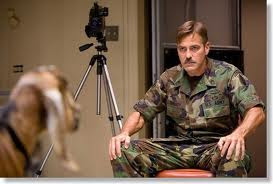 I hate goats, I think they are nasty, foul smelling little hairy quadrupeds. However in a lot of places I frequented when I was in the military they are a symbol of wealth . It is a lot easier to raise a goat than it is a cow. They eat about anything and produce milk,cheese,and meat. You can make clothing from their hide. A man with a goat has status and so they are very common, although still nasty as I said earlier.

Two particular instances involving goats stick out in my mind. Maybe you had to be there but these two episodes are two of the most hilarious experiences in my life.

The first happened in Greece. I described that deployment here: http://mikemac356.blogspot.com/2010/06/elefsina.html   Of course after all the training was over our Greek hosts wanted to have a huge feast to celebrate. After our last jump the  rickety bus bringing us back from the drop zone stopped at a small roadside restaurant in a mountain pass somewhere north of Athens. Spread out before us was a banquet of meat, bread, cheese and of course the obligatory shots of ouzo. Not to go into all the details but just to say much ouzo was drunk and there was a lot of man dancing and shot glass smashing.

Somewhere during all the festivities a couple of my fellow team mates decided we needed to play a little prank on our team leader. The Greeks had slaughtered a goat for the occasion and cut it like a roast on platters etc... The head including the eyeballs was left and the Greeks where just going to throw it away. We convinced our little Greek buddies to cook the head and present it to our team leader as a Greek delicacy. Our interpreter Alex, who was a Warrant Officer in the Greek Army, was in on the deal. He had them place the head on a platter surrounded by olives and lettuce,the whole nine yards.

So they presented the head to our team leader and the lot of us spent about 20 minutes trying to convince him that it would be a grave insult to our Greek counterparts if he didn't eat the eyeballs plucked straight from their sockets. Honestly I can't remember if he actually did it or not, I do remember however that  I was very drunk and I laughed so hard at the look on his face as he was trying to make the weighty decision whether to cause an international incident by not eating the eyeballs or to just hold his nose and man up. That look was priceless. Nothing like a highly educated officer and a gentleman contemplating eating an eyeball in front of 40 of his closest friends..buddy is only half a word.

The second incident happened on a deployment to Uzbekistan that I chronicled here: http://mikemac356.blogspot.com/2010/04/baxmal.html
Once again we had pretty much finished up training and we were trying to fill some time in our training schedule. As usual when all else failed we relied on medical cross training to fill in the holes. Our medics instructed our counterparts to go into town and and buy some goats. The plan was to dispatch the goats and then when they were still warm and before rigor mortise had set in we would practice some of our trauma skills, life saving skills like IV cutdowns and chest tubes. Well, this all worked out fine as our medics instructed my team and the Uzbeks on how to perform these procedures. We all took turns and a lot of confidence was gained in ability to save a life or at least stabilize our fellow soldiers until more definitive care arrived.

The funny part happened towards the end, I instructed Misha one of the Uzbek soldiers to go out in the hallway where we had been keeping the goats tied to a radiator. I told him to bring one into the class room so the next person could practice his skills. Mind you, our medics had been putting these goats down humanely with drugs prior to the procedures. Suddenly from the hallway I heard this god awful bleating and scrambling. I went out into the hallway and there was Misha looking at me with the most terrified look on his face, like a kid caught with his hand in the candy jar. Meanwhile he had a hammer in his hand and was beating the goat between the horns in a desperate attempt to knock it out or kill it. The goat was looking a Misha wild eyed with its tongue hanging out as it bleated and tried to scramble away. As I approached, Misha went in to a frenzy but he kept hitting the goat on the hardest part of its head, right between the horns. I took the hammer away from him laughing my ass off because he was so befuddled and terrified that he was going to get in trouble.

Meanwhile the goat just started chewing on its lip and stood there quietly none the worse for wear. In my best Russian I asked him if a country boy like him had never killed a goat before. He just broke into a grin and shrugged his shoulders. I guess the sight of the Uzbek soldier trying to impress the Americans with the hammer and the goat after being in that bleak, dismal, wintry place for so long just released all my tension. To this day it is one of the funniest sights I have ever seen.

Well like I said maybe you had to be there but I am chuckling right now.