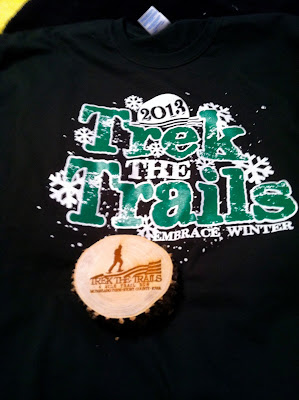 Time to turn this back into a running blog if even just for this post. My friend Ross was the driving force behind getting a group of us to go to the this race. He told us about what a great time it was and he wasn't exaggerating.

The morning of the race I woke up early, took a shower and the guys picked me up about 0645 for the 2 hour drive to the Story County Conservation center north of Ames Iowa. There were four of us headed to the race from the running group I run with on Wednesdays and Sundays. This race was billed as a snow shoe/winter race and I was a little disappointed that I wouldn't be able to try snowshoe running. However having no snow is a big hindrance to using snowshoes.

The ride was pretty quick actually and we arrived about an hour before race time. We checked in and got our numbers then we all took off on a little warm up jog. We ran about a mile along the course then turned around. Due to the amount of ice I saw on the course I decided to use my YakTrax Extreme spikes for the run. I hoped it wouldn't be a mistake as there was some small areas of concrete on the course. But the majority was trail,ice and grass. 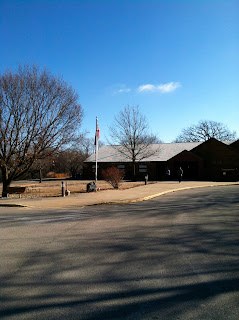 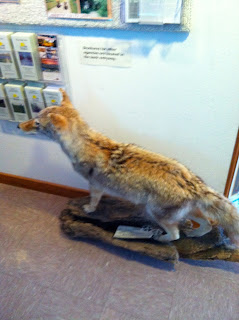 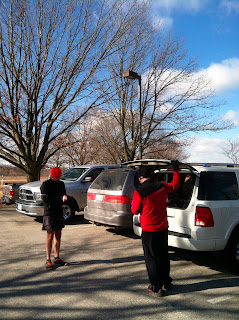 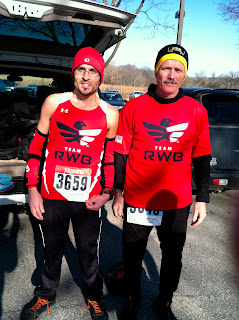 At 1000 we all toed the starting line. The official starter neglected to perform premission checks on his starter pistol and it misfired twice before he finally just told us to go. I took off at a pretty aggressive pace. We ran across about 50 meters of grass and then hit about 100 meters of sidewalk. I hugged the dirt to the side of the walkway until we took a left and hit some more open grass. We ran up the first of what would be a many hills and took a right into the park. The first mile was fairly level and was mostly service road and grassy field. I kept the leaders in sight until we entered the woods and then I concentrated on trying to catch the eventual women's winner who was about 100 meters ahead of me.

It was about the 3/4 mile mark where we hit the first of many extended sections of icy trail. I knew at that point that the YakTrax had been a good idea. I finished the first mile in 6:46 which was really smoking for me. I wouldn't be able to hold that pace though as we entered into the main part of the park and hit the serious trail running.

I didn't have time to do much but try an control my breathing. I really wanted to push it on this race and was concentrating on trying to run smooth and with good form. I neither gained nor lost ground on the women in front of me. As I went down a big hill and made a hairpin turn I glanced back and saw no one behind me. I am not sure if that was a good thing or if because of it I mentally relaxed a little but it would change eventually. Somewhere after the two mile mark I heard footsteps and it turned out to be Kelly another acquaintance of mine. I had met Kelly through mutual friends at a previous race the Chilly Chili Extreme 5K. Kelly is a strong trail runner and during that race she had done the same thing coming up behind me about the middle of the race. I was able to hold her off during that race however placing 4th as she placed 5th overall. Kelly dogged my steps getting closer and closer until she was only a few feet behind. We ran that way for awhile and she even asked me if she was crowding me. I replied in the negative. Approximately mile 3 we had to climb a fairly large hill, it is on hills like this where races are won and lost. I lost my personal race on this hill. Kelly was able to pass me and pull away as I struggled a bit . By the time we got to the top she was about 30 seconds ahead and I would not close the gap. 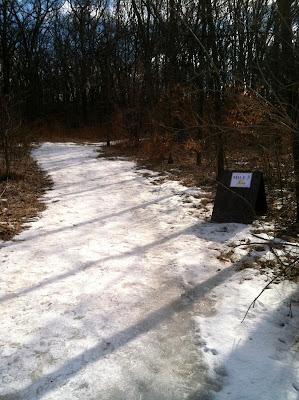 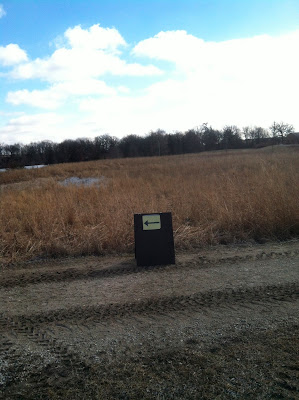 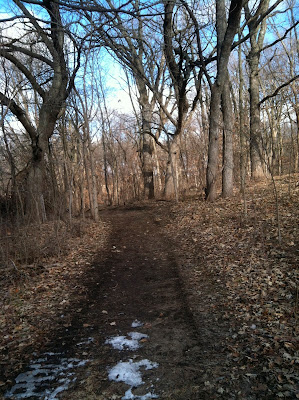 I did have a good race going however and I had almost a mile to run. I wasn't sure where I was at that point but I knew I was in the top 15 and possibly in first place in the masters division. So I kept pushing it. As I rounded the curve that dumped us into the the last half mile stretch I saw my friend Ross jogging back down the trail. Ross had won the race successfully defending his title from the prior year and beating his course record by 2 seconds. Ross shouted encouragement to both Kelly and I as we headed down the final stretch to the finish. I crossed the finish line in 30:01 missing my goal of 30 minutes by 1 second. Myself and our other friend Peter jogged back down the trail until we ran into Ross and our final friend Brian,who was racing in his first trail race. We encouraged Brian to the finish and then Ross and I jogged back down the trail take some pictures.

After that we all went in for the post race chow which was awesome and for the awards ceremony. It had been a pretty successful day. Ross won the overall race, Peter, Kelly, and our other friend named Ross all won their age groups. Personally I had an outstanding race all things considered. I came in second in the Master's division by 20 seconds and won my age group (40-49). The age group winners got a cool little piece of wooden log that was engraved with name of the race. This was a good race and I hope to run it again next year. 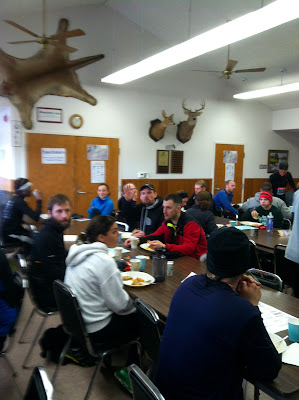 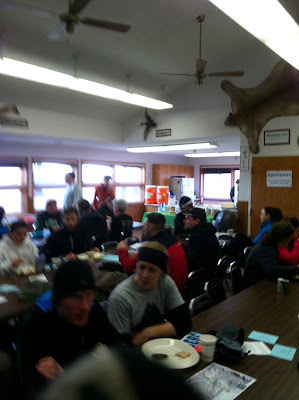