Why are Legends Legends?

This past weekend Gordy Ainsleigh showed why legends are legends. But lets set the stage. In 1974 Gordy decided he would attempt to finish a 100 mile trail race that had previously only been attempted by horses. Just to prove it could be done. This race became the Western States 100 . Fast forward to this year. Western States has become iconic in trail racing. It is the oldest 100 mile trail race in the United States and thousands try to qualify for one of the few spots on a yearly basis. Gordy has continued to run the race however in 2013 the Western States Board voted that Gordy would have to qualify like everyone else to participate. In 2015 the qualification standards were raised  in response to the popularity of the race.

There was a good chance that the founder of the race would not be able to participate. Many in the trail and ultra community howled and beat the drums suggesting to the board that Gordy should have a lifetime exemption. However Gordy would have none of it. He respected the decision and played by the rules. He wanted no special dispensation. His thought was if he couldn't qualify he didn't deserve to take a spot from a more deserving runner. And this past weekend he qualified at the Rocky Raccoon 100 miler in 28:31:57. At the age of 68 he ran the entire race in a skate boarding helmet for safety due to a previous concussion. Legends are legends because they do legendary shit!! 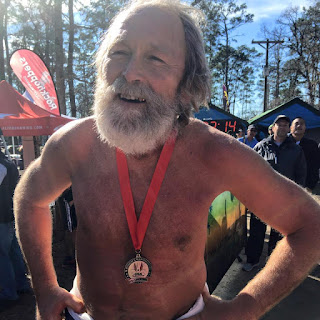