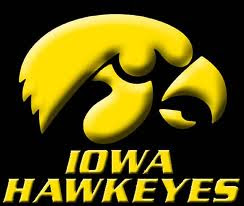 Like many middle aged former athletes and guys in general I am a huge football fan. And by virtue of birth and the grace of God I am a huge University of Iowa Hawkeye fan. Growing up in this part of the country I did not have the priviledge of having a major league sports team to root for. The Hawkeyes was my major league team,College football is our major sport. I grew up 20 miles from the University and have watched, cheered and fretted over the Hawkeyes and their seasons for 40 years.

One of my best memories is sitting in my room at the age of 14 listening to Iowa play Nebraska on the local am radio station. Iowa whooped their ass. What made it especially exciting was Iowa was a huge underdog and at the time Nebraska was one of the country's elites. Iowa was supposed to be the pre conference cream puff for the Huskers but it didn't quite turn out that way.

So fast forward to today..this game between Nebraska and Iowa should be character building for me. Iowa has had a very bad year, they will not be going to a bowl game and Nebraska is probably going to contend for the Big Ten championship. Iowa will probably lose but hope springs eternal. I will watch the game and complain and think about next year.