The Road to Tashkent and Why I Carry a Gun 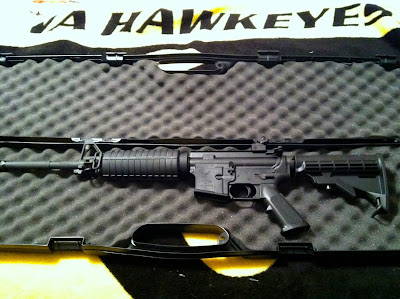 In the fall of 2001 I was part of a Special Forces detachment that was training Uzbekistan Spetsnaz in Counter terrorism. I wrote about it in this post http://www.mikemac356.blogspot.com/2010/04/baxmal.html  . We would train our counterparts during the week and on the weekends most of us would make the 200 kilometer trip to the capital of Tashkent. There we would have a little rest and relaxation. The trip from our remote base to the capital was through some very dangerous country, on one of the only paved highways in the country. Although Uzbekistan is purportedly a civilized country, outside the cities it is in middle ages. The chief mode of transportation is the horse or burro and the people in the countryside live in mud houses with stables attached to the house. Goats are prized possessions.

Just like the middle ages the countryside crawled with terrorists and bandits. These ruthless individuals would rob or kill any target of opportunity they encountered. No one traveled the countryside with out arming themselves. Personally we were armed to the teeth. Often we would pass iconic Uzbeki autobuses on our journey to Tashkent. If a autobus got a flat tire the passengers had to unload and wait for the driver to hitch a ride with the tire, get it repaired and return. The passengers would build a fire and then post guards around the bus to protect themselves from bandits. These guards came from the passengers themselves and they pulled their Kalashnikov rifles from off the bus. These passengers realized that no police or military would be able to come to their add should any bandits choose to pay them a visit. They needed to be responsible for their own safety.

That is a mindset I had to internalize over my years in Special Operations. This was necessary for survival. Often our missions would take us into remote areas where help was days even weeks away. I mean when your escape and evasion plan involved moving thousands of kilometers to link up with "friendly forces" you were pretty much on your own. No help was coming and you had to rely on yourself to protect yourself, your teammates and what belongs to you.

Fast forward to today. I live in a smallish city by some standards and a larger one by others. It is the second largest city in the state and has about 200,000 residents. Generally it would be considered "safe." However we do have a few murders yearly and violence seems to be on the rise. In the last 3 days there has been a shooting in an area close to where I work and a car jacking within running distance of my house. My own daughter experienced a car jacking attempt just a few weeks ago at a stop light. The police did not arrive until after all these incidents. So I carry a weapon. I have the training, the ability and I think the duty as a responsible armed citizen to protect myself and those I love.

The key word for me is responsibility. No one is going to protect me but me. I would be negligent if I stood by and let my family or anyone else come to harm. I know this is not for everyone and that is ok. But for someone with my background I feel it would be criminal to ignore my duty to act. The biggest component of this is I have the proper mindset. That is also something others may not have, that is also ok.

So I have laid out the reasons that I carry a weapon. You can choose to carry or not depending on your personality, experience and training. I think this is true for all citizens of this country. I also think it would be an injustice if those that have never been in harms way and have never experienced anything outside their insular world take away my choice to defend what is mine. De Oppresso Liber and Molon Labe
Posted by mikemac356 at 20:38