Former Action Guy By The Numbers:2012 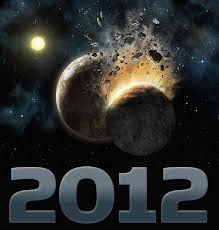 I wasn't going to write this post but the public demand was overwhelming in favor of continuing the tradition. Ok Ok my Mom actually wanted to see it. So with out further ado the 3rd annual Former Action Guy by the numbers post:

Officiating by the numbers:

Football games officiated: 13
Baseball games umpired:30
Wrestling matches officiated: 150
Officiated best example of sportsmanship I have ever seen: 1( Check out my "High School Sports: The Way Things Ought To Be Post.")

Officiating numbers were way down this year due to other priorities and some small amount of burnout.

Running/Biking by the numbers:

Running was one of my other priorities. I really dedicated the year to running ultra marathons and trail races. My mileage was almost 1.5 times greater than last year's mileage.

Emergency Medicine/Law Enforcement by the numbers

EMS agencies-2
LE Agencies-1
Hours worked at EMS/LE- approximately 1000
EMS Calls participated in- 140 (roughly)
Babies delivered-1
Old Naked People - too many
Traffic stops in which the driver didn't have a license and spoke no English, but the passenger did-1

Years since Military retirement-8
Years since joining Army-30 ( boy am I getting old)
Years since Ranger School Graduation-24
Years since SF Graduation-22
Retired Special Forces Brothers and former teammates that that crashed at my house: 2 ( Carl and Bob was great seeing you)
Promotions-1

2012 was another great year. As I get further and further removed from my military days I continue to integrate myself into a new life. I will always be an operator but maybe just maybe I can be something else as well