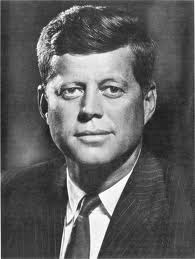 In 1960 then President-Elect John F Kennedy bemoaned the fact that the youth of the United State's were getting soft.


His word's are still relevant 50 years later. Every generation thinks that the one that follows has lost it's way, that they were in the "last hard class." I however do not worry about the generation that follows but the one I belong to and the one that went before me. Not only are thousands of my peers and elders slack of body but the are slack of mind as well. They willingly allow others to chip away at the freedom that many fought and died for. They sacrifice these freedoms for an illusion of safety and free cell phones. I am disappointed beyond belief and somewhat despondent. The recent legislation passed in New York State and the events of the recent past cause me to not be very optimistic about the future of my country. Tyranny is coming. I will not go gentle into that good night.