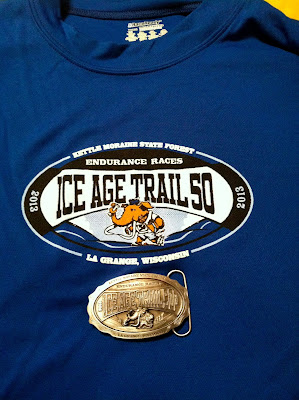 Again this year I traveled to the wilds of Wisconsin to participate in the Ice Age Trail 50 mile ultramarathon. This year ,unlike last year, I would be going with a group of friends who would be running as well. One of my frequent training partners, Ross S, would be running his first 50 mile race. Kelly would be running her first 50K and Julia would be running the half marathon. Our other friend Ross K would be crewing and providing some morale support.

The trip up was normal with me and my youngest Jessie arriving at the hotel Friday afternoon. We waited until the other folks showed up and we all went to packet pickup together. We browsed the expo and then ate at the restaurant next door. After returning to the hotel I tried to get some sleep but as usual pre race jitters made it somewhat difficult. I had been eagerly anticipating this race however it was not my "A" race. I was using the Ice Age 50 as a training run for my upcoming 100 mile race that will be held in 3 weeks on some of the exact same trails. Never the less I didn't get much sleep the night prior.

Early in the morning Ross S and I loaded into my Jeep and drove to the start. He and I were starting earlier than everyone else and wanted to get there plenty early. I met my crew of my sister and brother in law at the start. They had driven down from Madison as they had the year prior. We milled around and used the bathroom etc.. until the call to line up was given. We listened to some short announcements from the race director and the national anthem. Suddenly we were given the go which kind of caught us of guard, as we had to weave our way through the crowd to cross the start line. I gave Ross a fist bump as we headed out. I would see him again but briefly during the race. 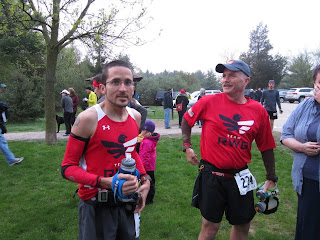 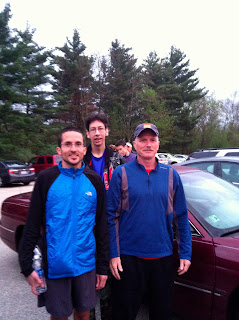 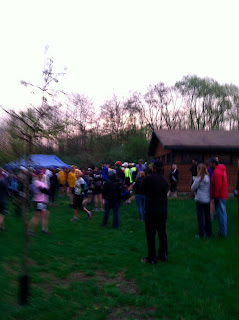 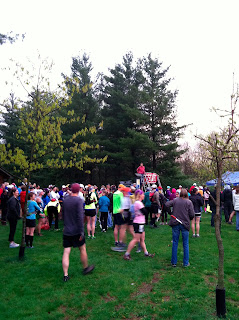 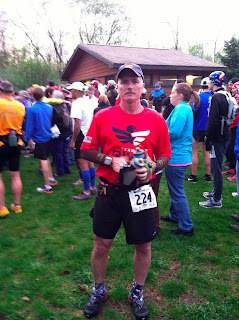 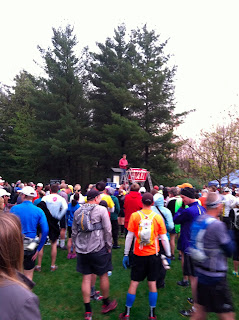 I started towards the back and is normal in these trail races I ended up having to run behind a large group of people. This always happens when a large group of people tries to funnel onto a single track trail. The first part of the course was a 9 mile loop on a nordic ski trail. The trail was wide and mostly grass. I had remembered this section from last year as fairly flat but  I had remembered it incorrectly. There were several large hills during this section. After the first 9 miles we passed the start/finish again. Here I met my crew and refilled my hydration bottles and nutrition. I then continued north to the meet of the course and where the single track began. After about 1.5 miles I hit the infamous confusion corner and took a left for the out an back to Rice Lake. This section was about 20 miles of single track and pine forest. Some very runnable sections as well as some elevation change. I felt pretty good during this section. About mile 10 I met up with Tim W the runner I had finished with last year. I would run with him on and off for the next 10 miles until I stopped to water the grass and lost him. During this section I also met up with Keith another member of Team Red White and Blue. We would yo yo past each other for the rest of the race. I met my crew twice during this section as I crossed a highway/aid station. Approximately mile 18 I passed Ross as he was heading back to confusion corner. At this point he was jogging easily and was about 6-7 miles ahead of me by my estimate. 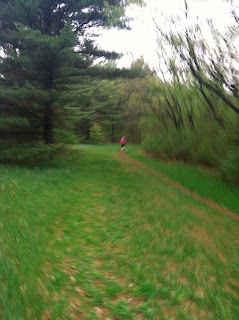 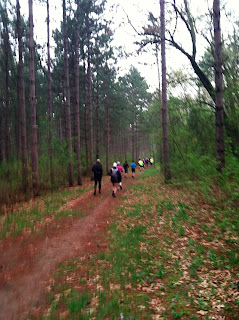 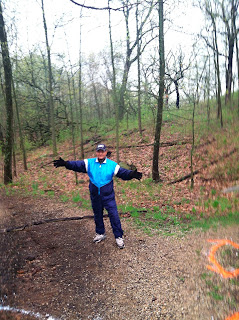 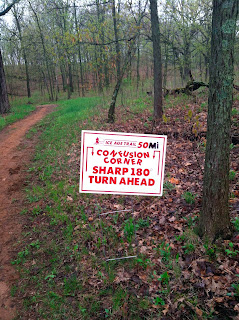 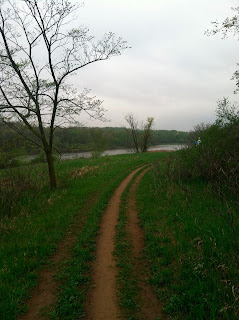 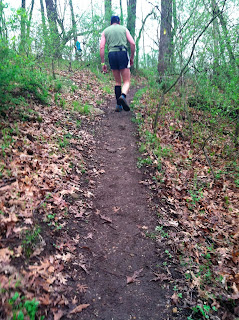 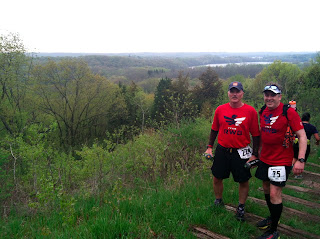 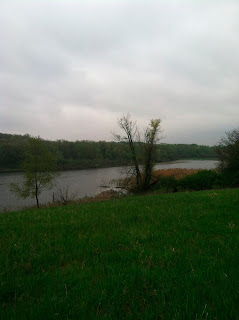 After hitting Rice Lake I made the turnaround and headed back to confusion corner. Somewhere around mile 27 I started experiencing stomach cramps. I would struggle with these for the next 10 miles. They weren't debilitating but hurt enough to make me feel sorry for myself. I tried to get rid of them by breathing deeply and concentrating on other things. Once I hit confusion corner again and the second out and back section, that is when the hilly part started. This 18 mile section really tested my intestinal fortitude. The elevation changes where extreme but there were some flat sections here and there on top of the ridge lines. I also saw Ross for the second time on this section. He was about 10-12 miles ahead of me and was in a heated race with a dreadlocked runner who was right on his shoulder. I gave him encouragement as he sped past. I was hoping to see my crew at the second turnaround but a miscommunication made me miss them. No problem, the first rule of ultra is you need to be self sufficient. On the return trip I was telling myself out loud to pick up my feet. Some of the downhills were really technical and a fall would have really hurt. I looked at my watch at the 40 mile mark and saw that I was close to a personal record for the 50 mile distance. I started to stress myself out about beating my previous time. Eventually I got ahold of myself, reminded my pride that this was a training run for a bigger race and I didn't look at my watch for the last 10 miles. As usual the last section was a blur. A blur of running the flats and downhills and walking the uphills with as purposeful a stride as I could manage. More like the Airborne Shuffle I had learned in the Army. I remember seeing another runner I had run with the year prior, a marine, but I couldn't remember his name. I gave him some encouragement as well. About 4 miles out I met up with yet another runner I had run a trail race with 2 years previously. I would accompany him until the end. I kept on keeping on, finishing in 10:58:36. This was about 5 minutes slower than the previous year but I felt I had run a much smarter race. I am ready for my 100 mile race in 3 weeks. 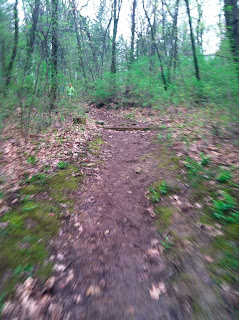 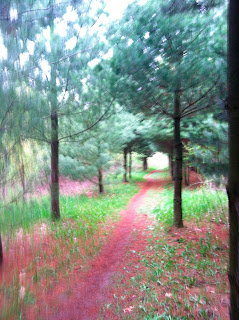 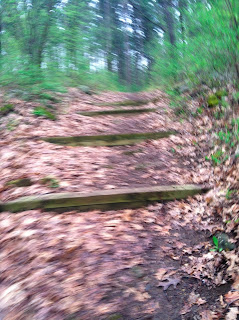 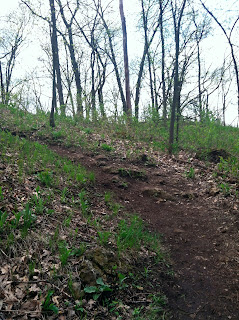 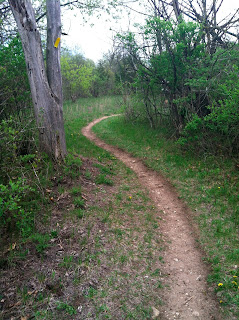 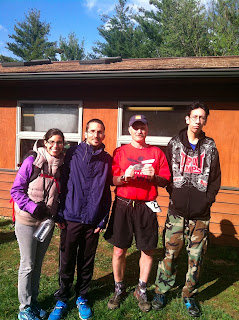