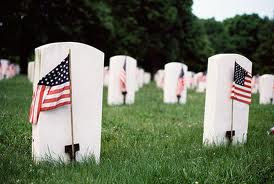 As is customary I participated in Memorial Day activities today. What was not customary is I did not go to the large ceremony that is held not far from my house in the city where I live. Instead I went to the small town east of the city, where I am a member of the American Legion.

I was expecting to participate in the local parade and maybe listen to some speechifying..the normal Memorial Day fare. When I arrived however I was informed the parade was cancelled due to weather and the ceremony would be held in the local middle school auditorium. No problem, I then discovered I would be part of the firing squad and then due to the fact that I was a former senior NCO and only 9 years removed from active duty I was elected to command the firing squad. Again no problem, however I was nervous because I had not conducted this sort of ceremony in over 12 years. Also us Special Forces guys aren't really known for our drill and ceremony prowess.

So as any good NCO would do we practiced, and I screwed it up several times but eventually we got it right and we headed to the school. The ceremony was thoroughly enjoyable, The Legion Color guard with the aged veterans placing the colors on stage, the reading of poetry by the Ladies Auxiliary and the Gettysburg Address by a high school student swelled my heart with pride  like no big city ceremony does. The auditorium was packed with local folks, young children and boy scouts. The guest speaker was a retired Brigadier General, when reading the obligatory recitation of his awards and biography the emcee remarked how his farm had a record yield for the state in 1978. You don't hear statistics like that at Fort Bragg. And his speech was inspiring.

After he spoke we moved outside and conducted the volleys prior to the playing of taps. No one would have mistaken us for the silent drill team however things went off with out a hitch  and we received several post ceremony complements. I was also happy that for the first time in over 10 years I had organized a squad of men into action and heard the phrase "dirt dive" all in one day. It was a good day. Remember those that have fallen. 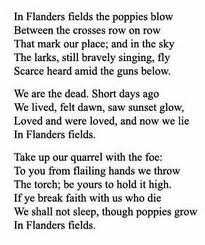 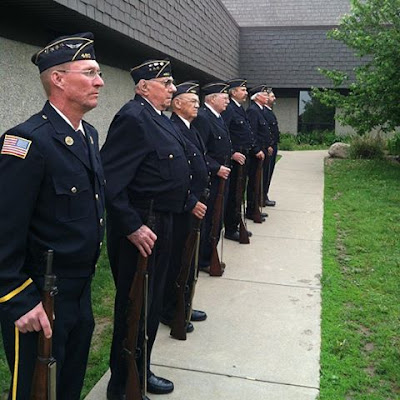