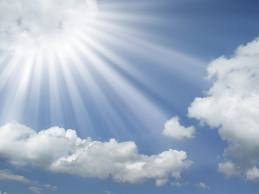 I don't write a lot of posts about sentimental things but this week has been one of those weeks. It is a week that has caused me to be introspective and think about things I don't normally worry about. Things like my mark on the world and imminent death. Contemplating my own naval as I call it. Why am I even worrying about this things? This past week 2 individuals that I knew and worked with passed away. We were not best friends or anything but I did talk to them quite a bit during different times. Their deaths made me think about my own and I can only hope that my death causes someone to think as well.

Ron was an employee of mine who passed away in his easy chair on a Sunday afternoon. He apparently went in his sleep so it was presumably painless. Ron was a steady, punctual and dependable man who seemed to love his job. Ron would stop by my office everyday and greet me as he left for the day. Occasionally we would talk about baseball as I umpire it and he was a huge fan. We definitely had the employer-employee relationship but he was a genuinely nice guy and his death has affected me in a strange way. It seems like a cliche but it is my thought that he went way too young and somehow he didn't deserve to. His death made me think about what I am doing with my life and if I died in the next minute would I be proud of what I have done?

Dick was friend of mine from church, he was an older gentleman that was a pillar of our congregation. He always included my children or tried to get them to participate in activities at church.Even though they pretended not to like it I knew they appreciated his attention. If it was captaining a fish fry or helping set up for an outdoor service Dick was their to lend a helping hand. Such a kind and decent man should surely have a place at the right hand of God. I hope when I shuffle off this mortal coil I will have affected as many people's lives as he did.

Just sitting here typing this is making my mind wander to places I shouldn't let it go. I will close by saying thank you gentleman for letting me be part of your life and for influencing mine.